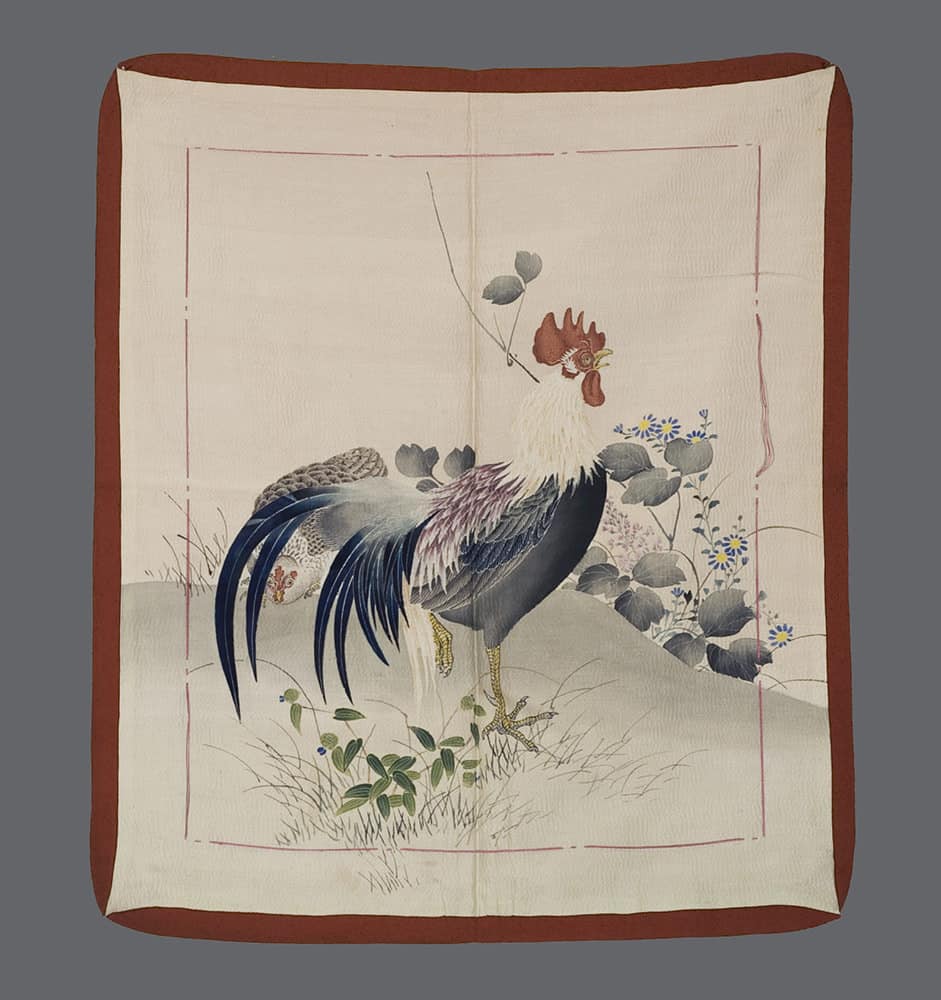 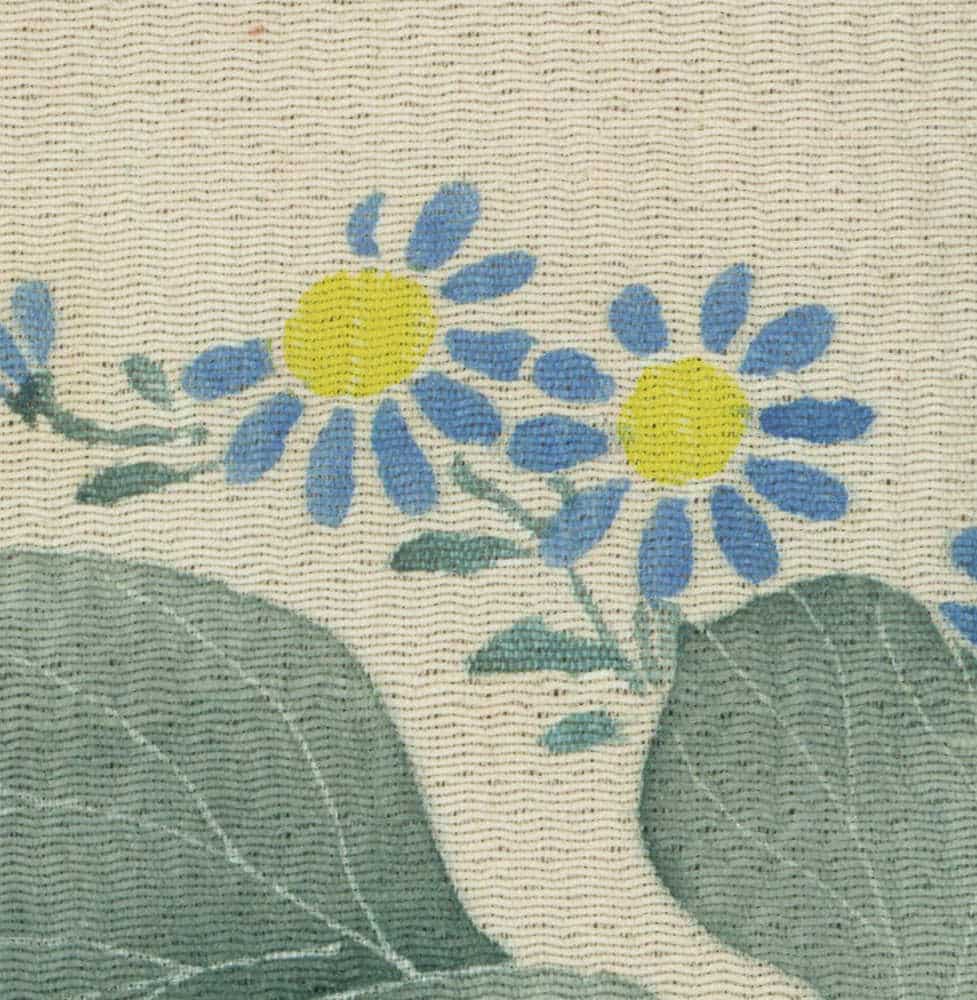 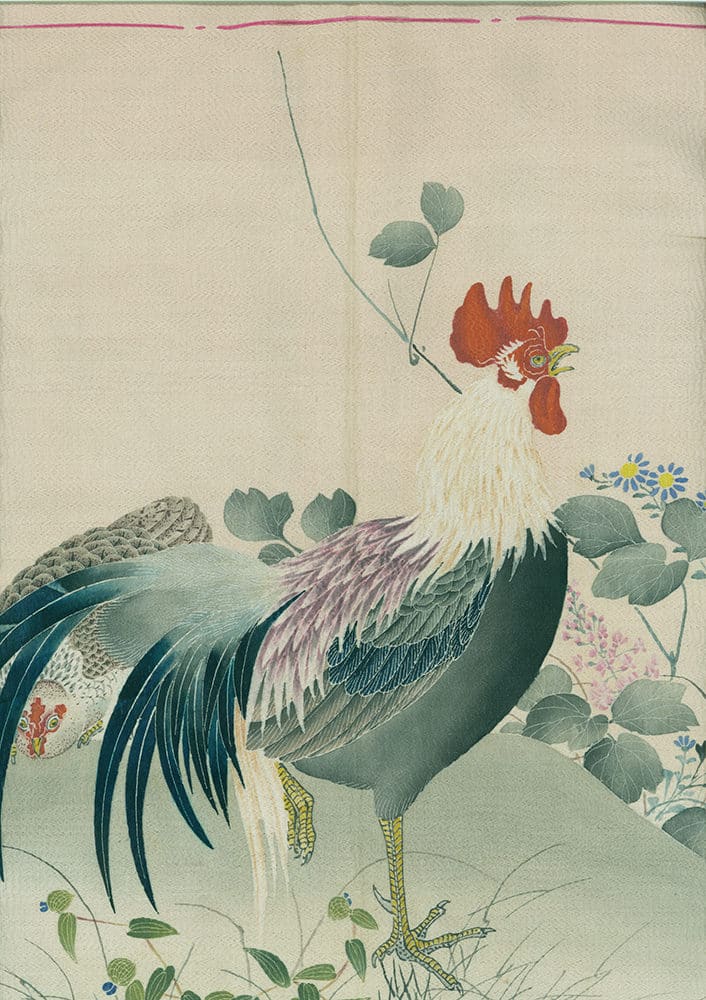 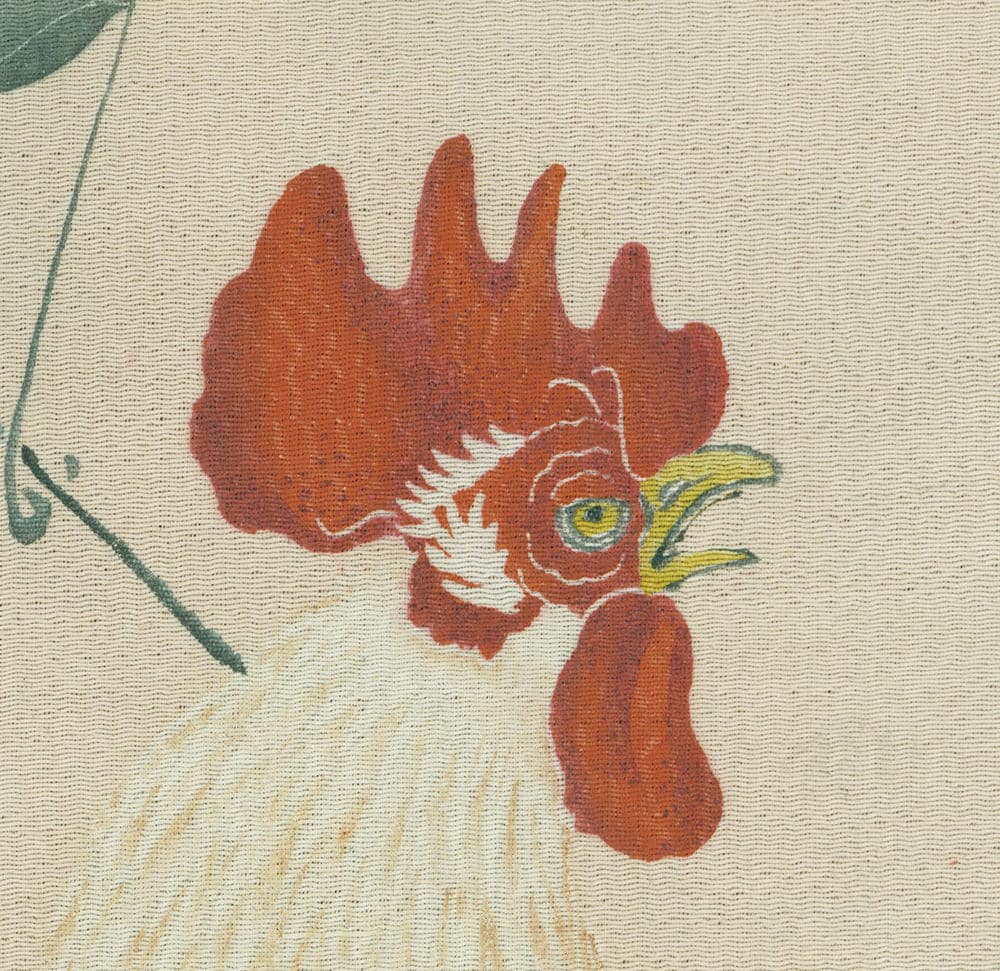 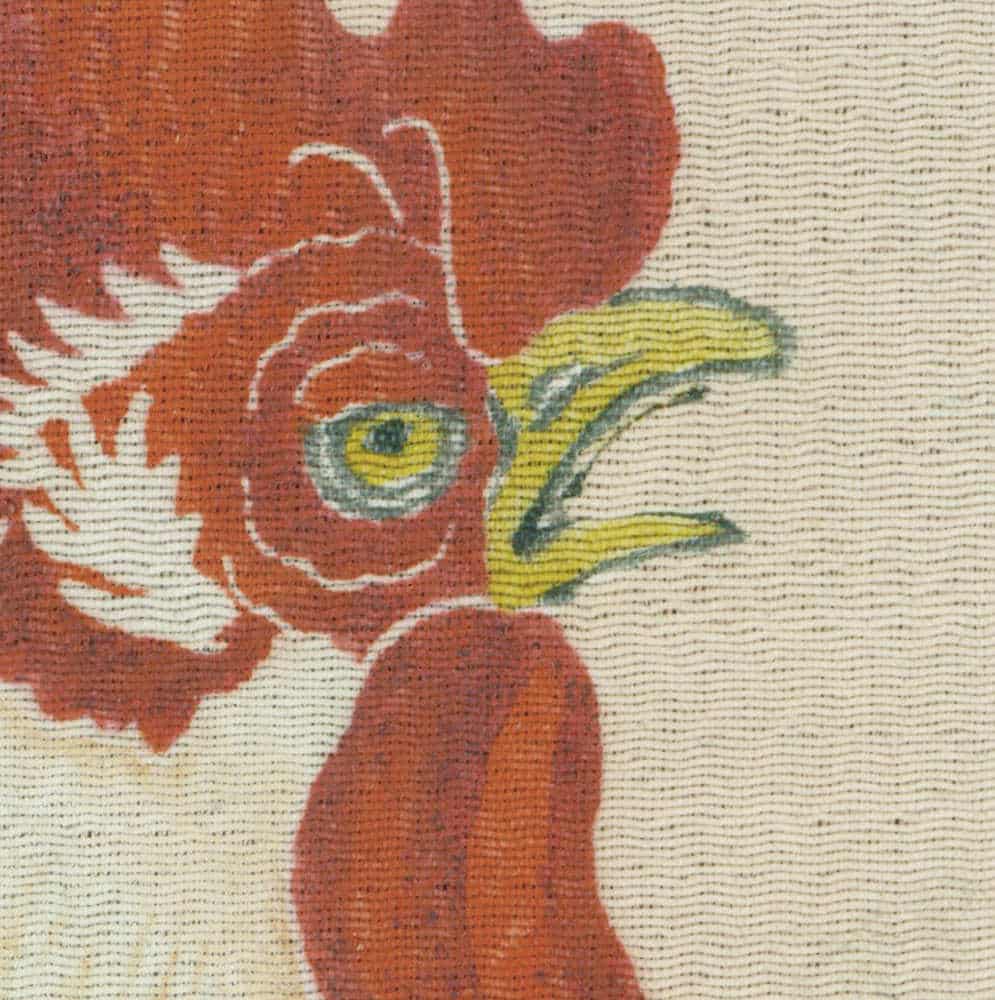 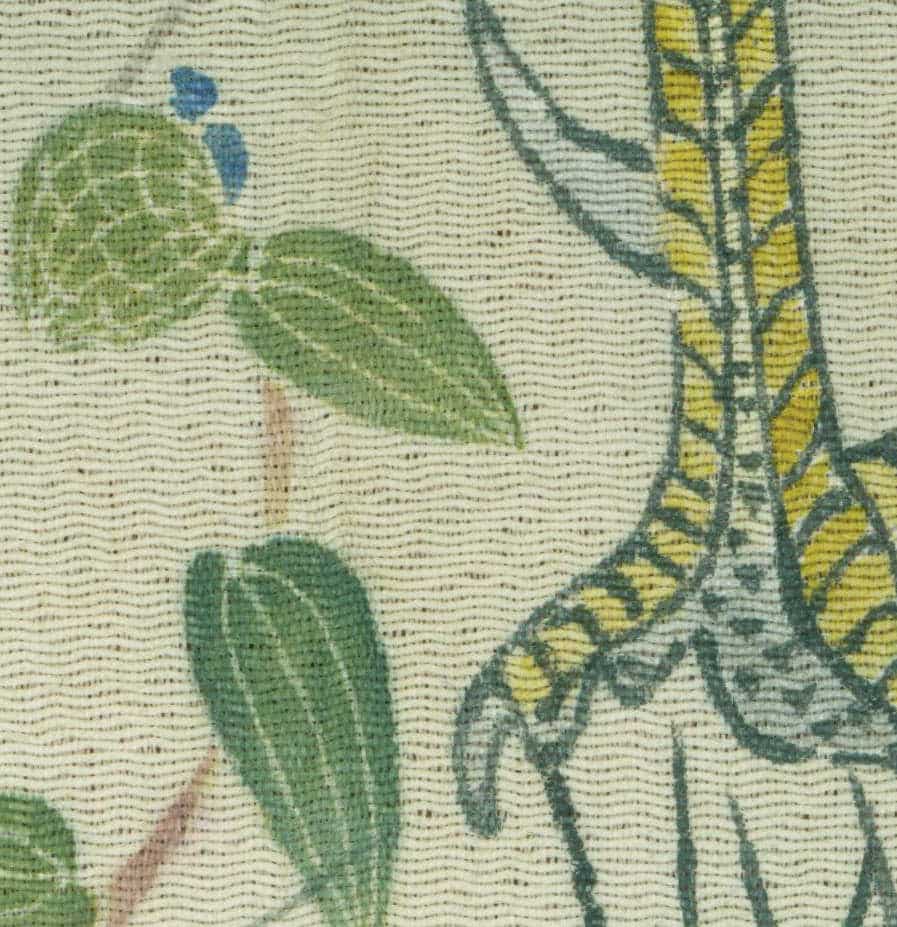 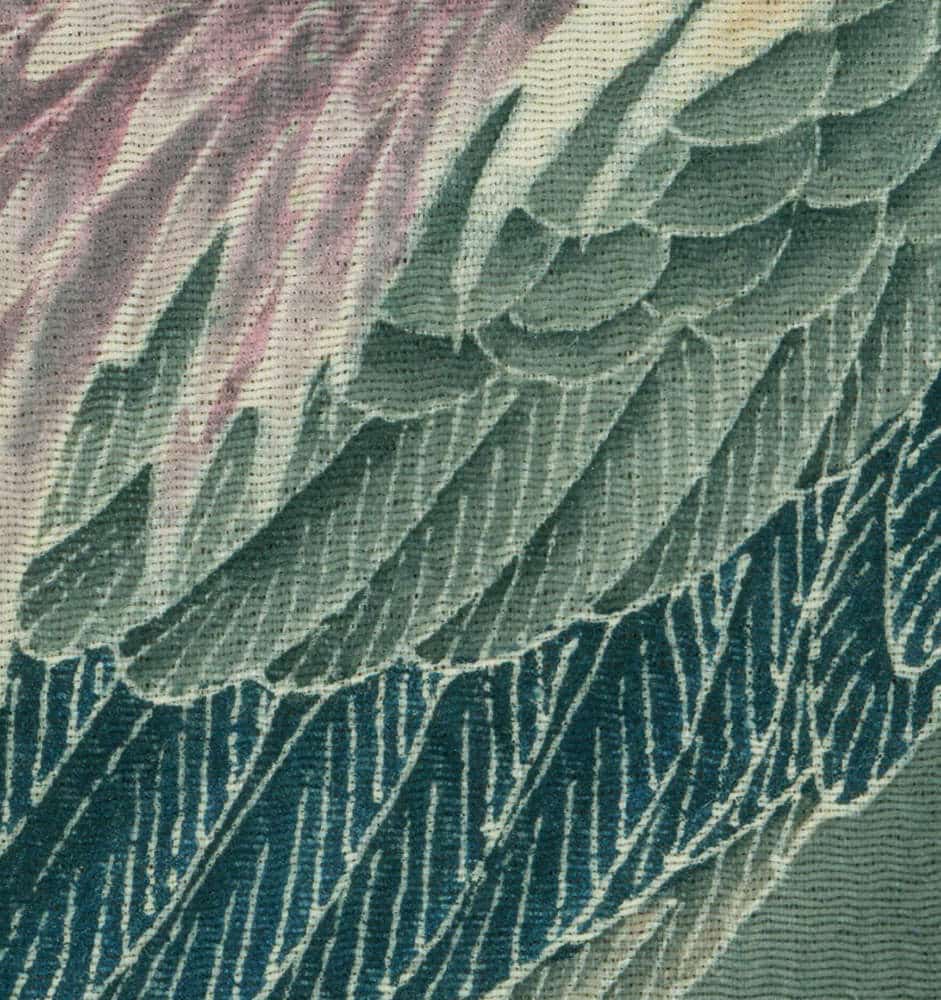 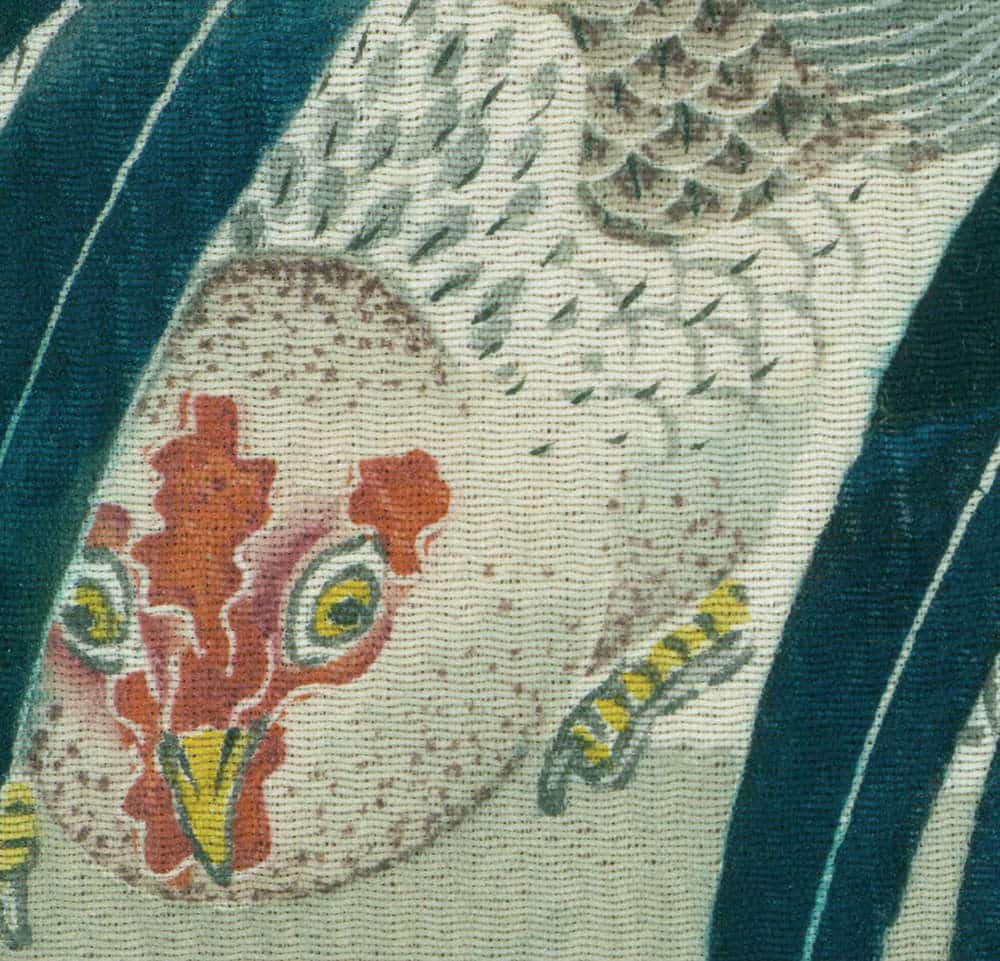 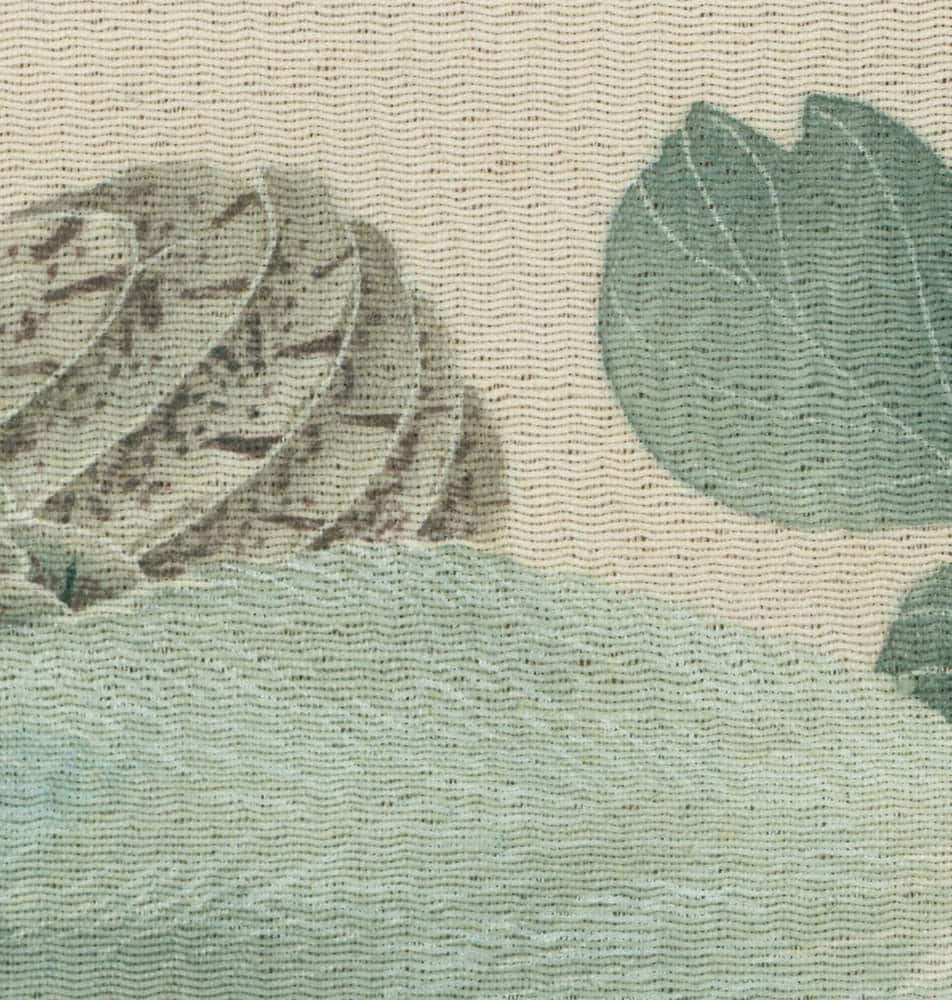 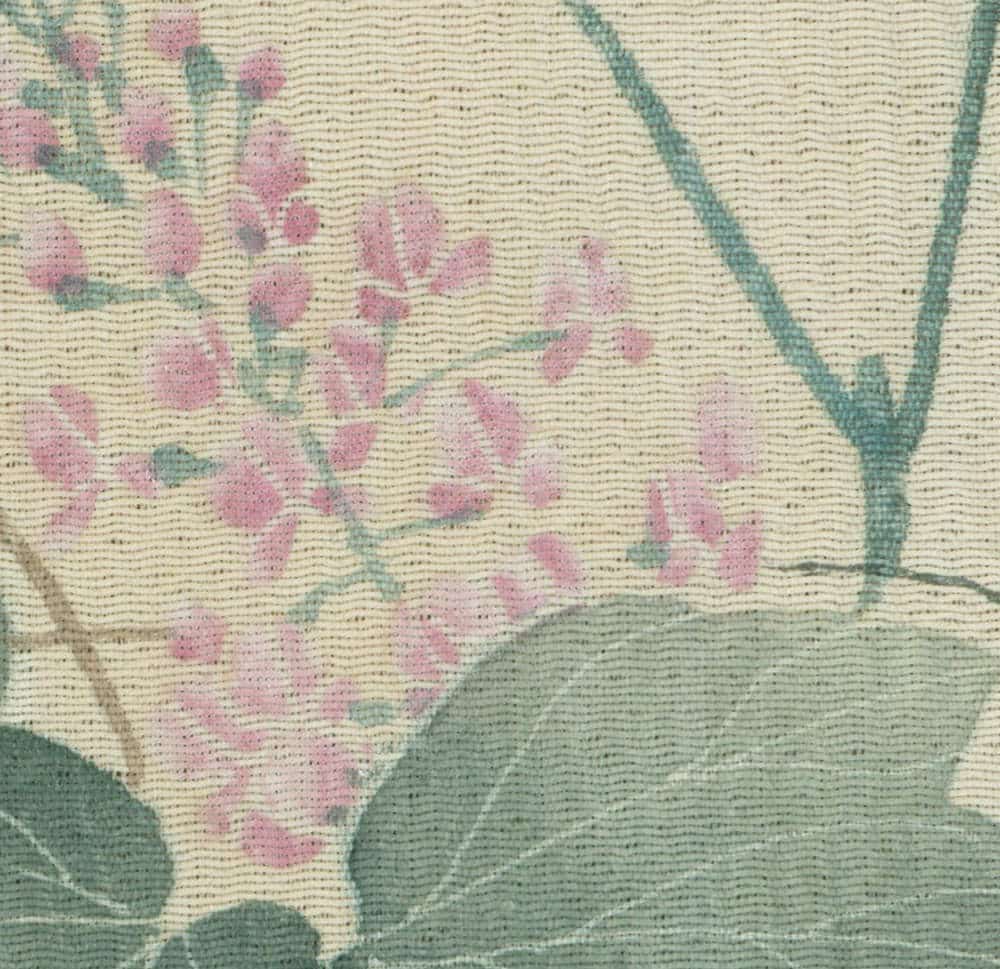 A chirimen (crepe) silk fukusa featuring a rooster masterfully created utilizing finely-worked yuzen-dyeing.  Very good condition: missing the four corner tassels.    20" x 24". The depiction of a rooster on fukusa is rare.  Although the Japanese celebrate the New Year on January 1st, they use animal zodiac symbols like the Chinese. The use of animal symbols is said to have been adopted in Japan in 604 during the reign of Empress Suiko. Unlike the Western Zodiac, which is divided into 12 months, the Asian Zodiac is divided into 12 years. Each year is named after an animal: the rat, ox, tiger, rabbit, dragon, snake, horse, sheep, monkey, rooster, dog and boar.  According to legends, before Buddha departed from earth, only twelve animals came in their devotion to him. Buddha honoured them by naming the years after them in the order they arrived. The Japanese believe that people who are born in the same animal year share similar personality and character. For example, people born in the year of the rooster were profound thinkers and are always busy and devoted to their work.

Price:
$
2,500.00
US
Available: Inquire
GalleryOrderingContactAbout UsGallery StatementNewsGlossary
Copyright © 2021 Yorke Antique Textiles
Thank you! Your submission has been received!
Oops! Something went wrong while submitting the form.