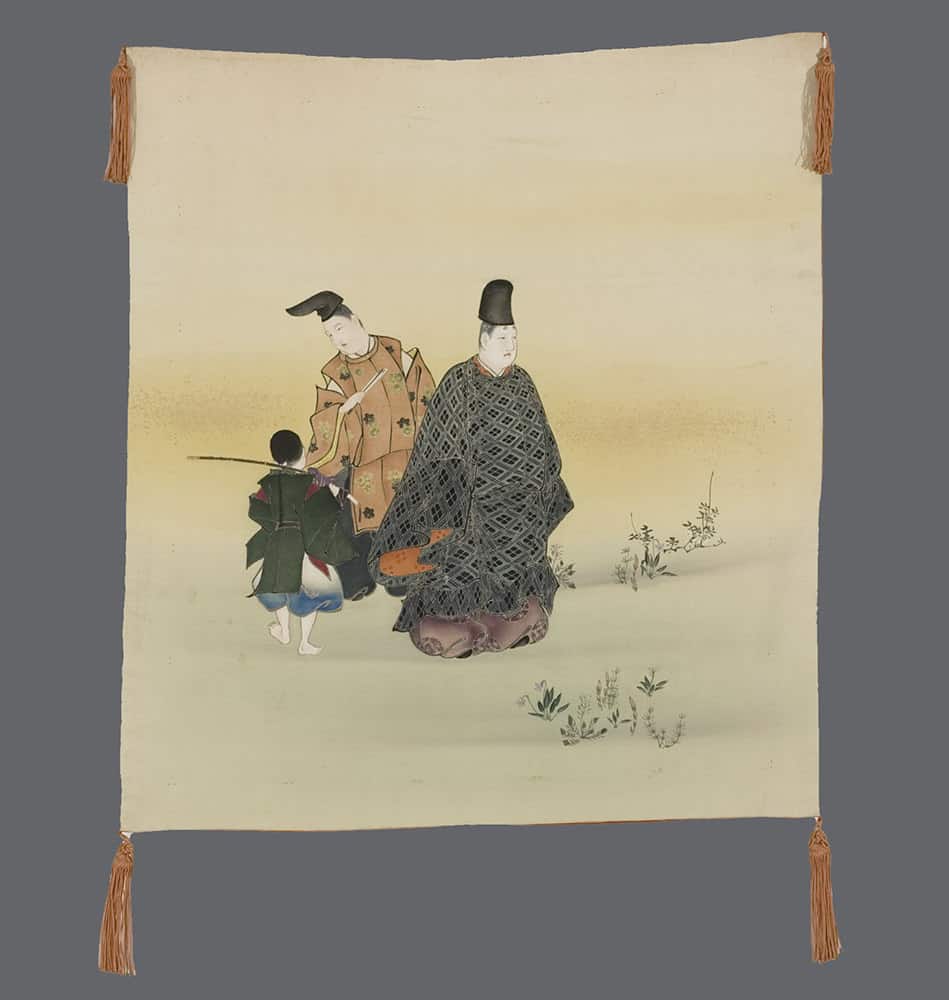 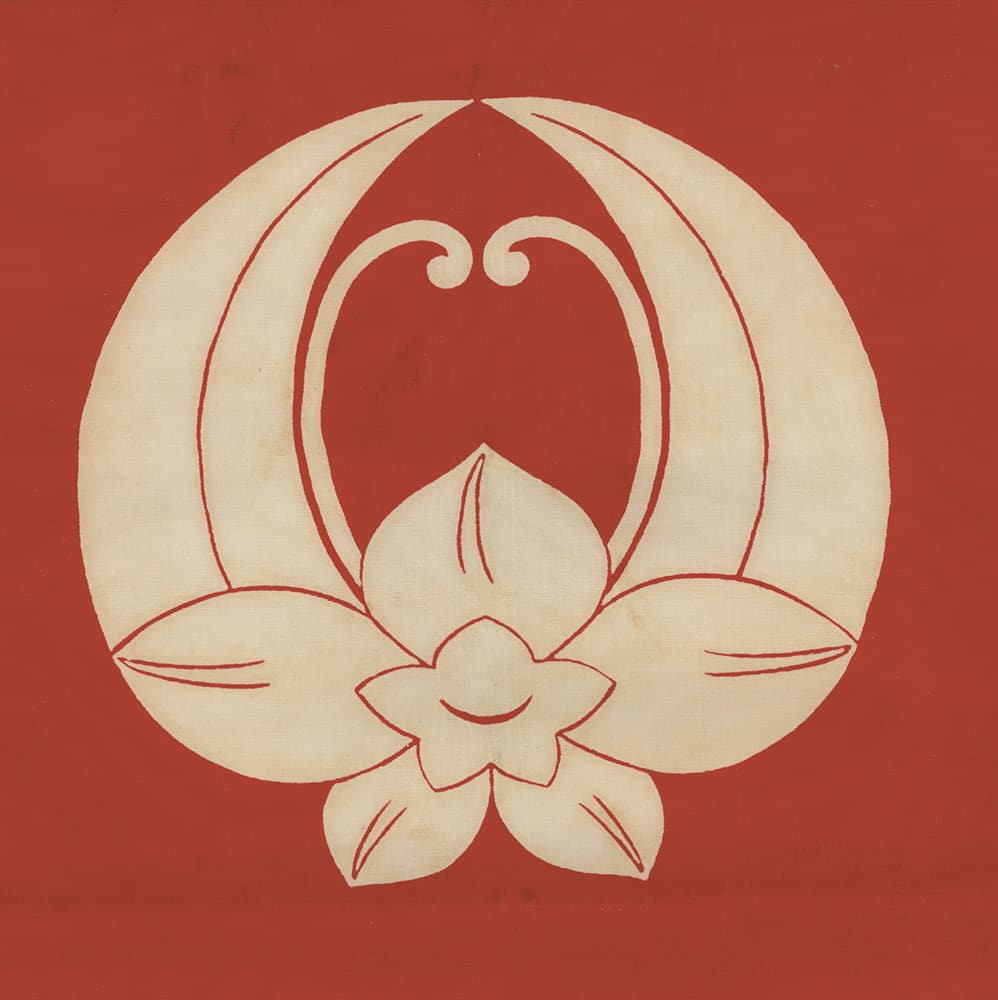 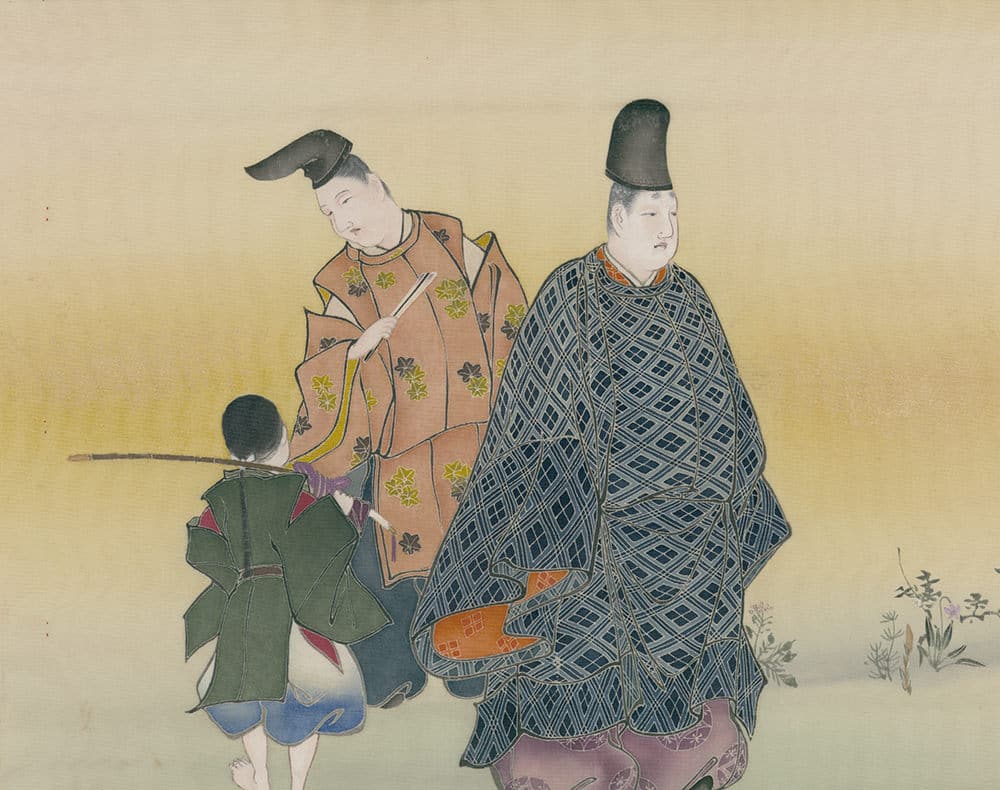 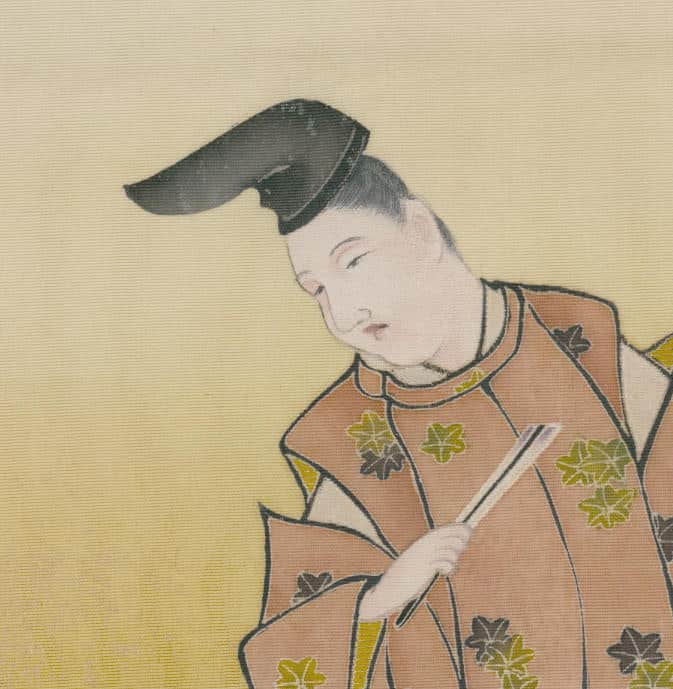 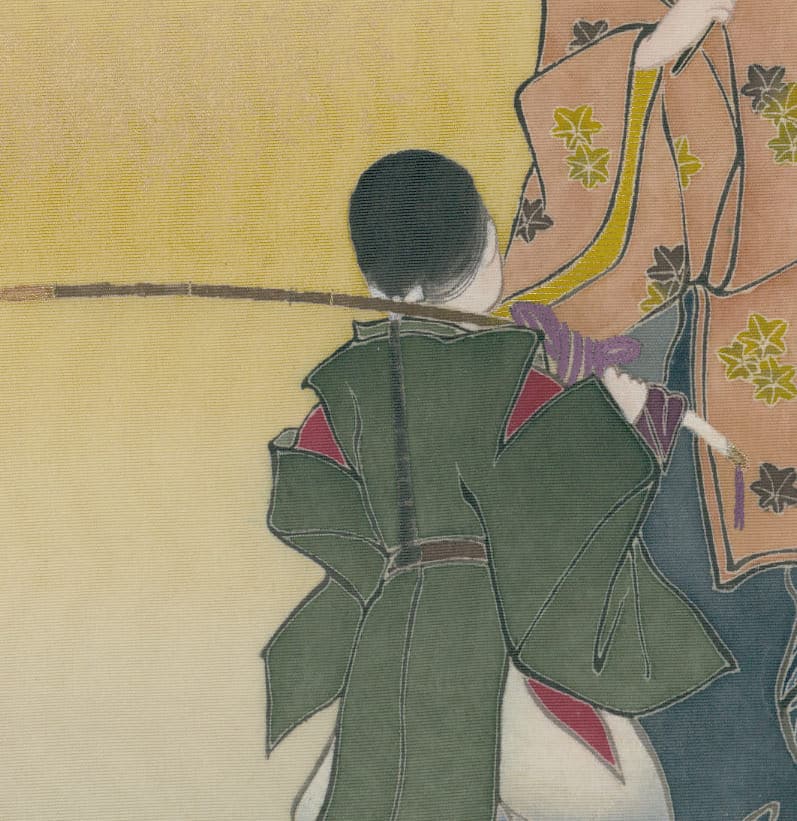 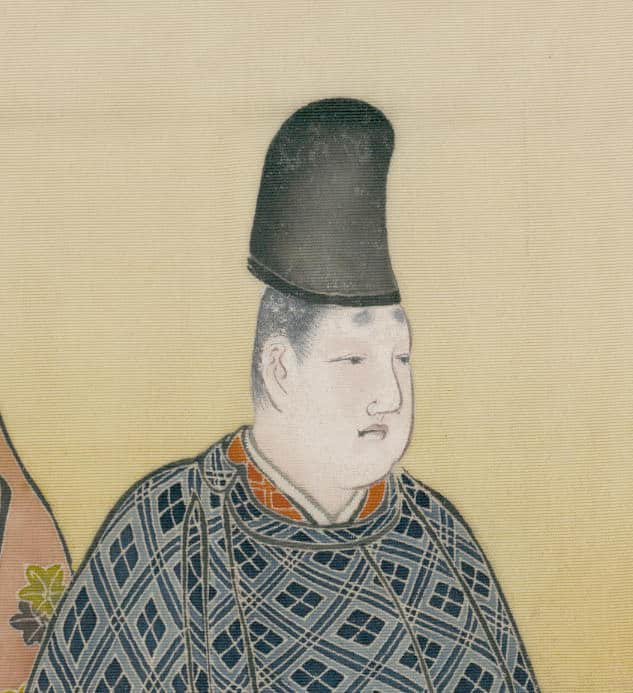 A superior yuzen dyed silk fukusa featuring two Heian period courtiers, and a boy. Highlights such as the tiny flowers are embroidered. Very good condition. 20" x 22".  The Heian period in the history of Japan is often referred to as "the golden age." It lasted from the 9th through the 12th centuries and preceded the medieval era of shoguns and samurai.  This period was characterized by relative peace and stability and a central government in the capital (present day Kyoto), by an emperor and the court aristocracy.  The courtiers who lived in Kyoto considered poetry, music, and indeed all the arts to be the most important human accomplishments, and was widely considered an important part of what made one a "good" person.  This domination by aesthetic concerns yielded art and literature that continued to influence and inspire Japanese society many centuries later, including the Meiji period dating of this example.  For example,  the ornate and rich costumes of the aristocracy of the Heian Period are still admired in modern Japan.  Heian court aristocrats such as those depicted on this fukusa regarded the nude body as disgustingly ugly. Both men and women prized a rounded, plump figure, and the face in particular would ideally have been round and puffy.  Courtiers of taste always adorned themselves with multiple layers of clothing that was inseparable from the body itself.  One's choice of clothing, particularly the combination of colors was a statement about one's artistic sensibilities. Wearing clothes was a kind of performance art for the Heian nobility, as was many other aspects of their lives. Appearing in colors that blatantly clashed or were inappropriate for the season could ruin a person's reputation.  Note: the tall caps worn by the courtiers depicted on this fukusa are called 'eboshi', these caps consisted of black silk gauze stiffened with a black lacquered paper lining.

Price:
$
5,000.00
US
Available: Inquire
GalleryOrderingContactAbout UsGallery StatementNewsGlossary
Copyright © 2022 Yorke Antique Textiles
Thank you! Your submission has been received!
Oops! Something went wrong while submitting the form.