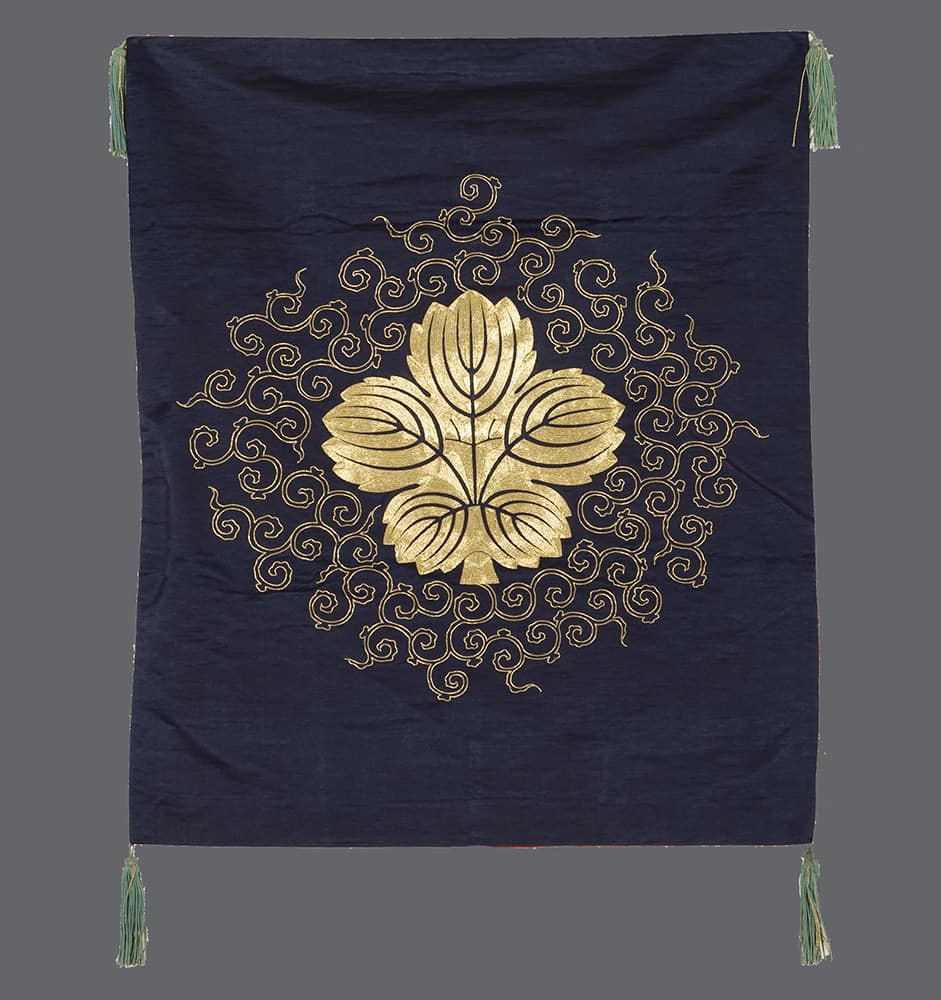 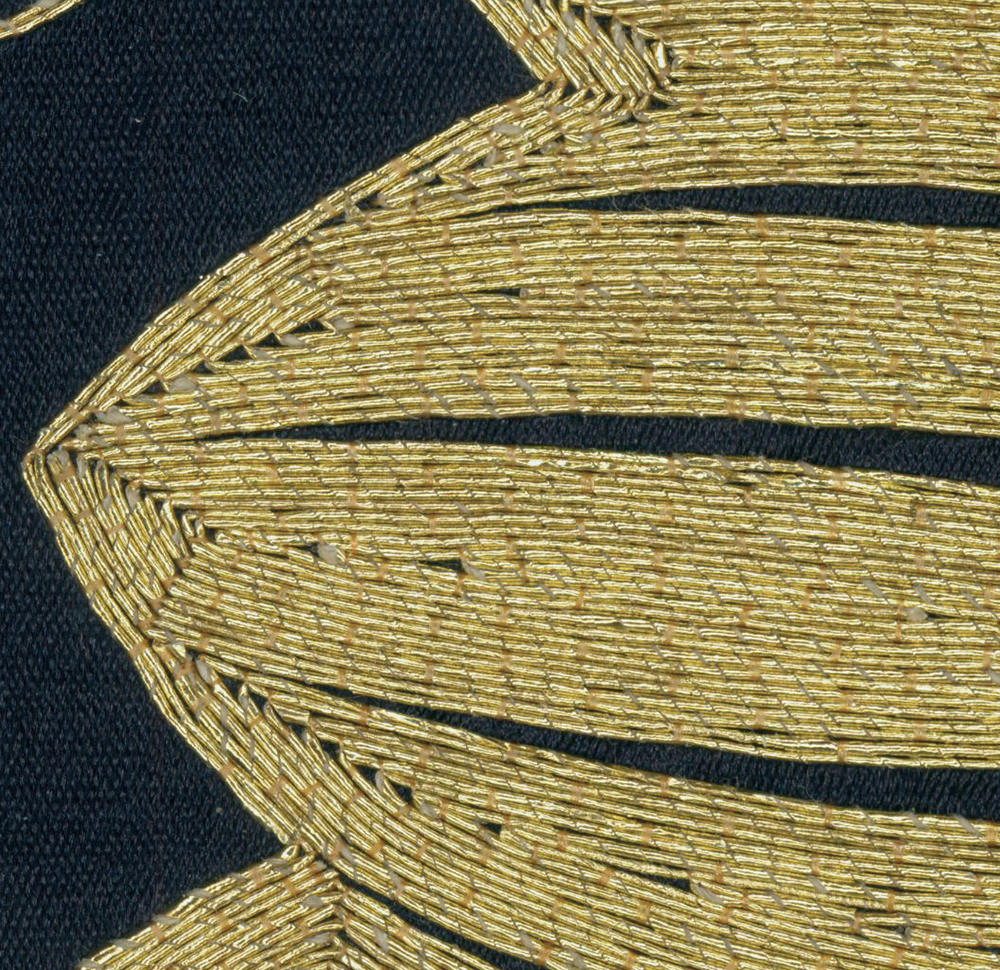 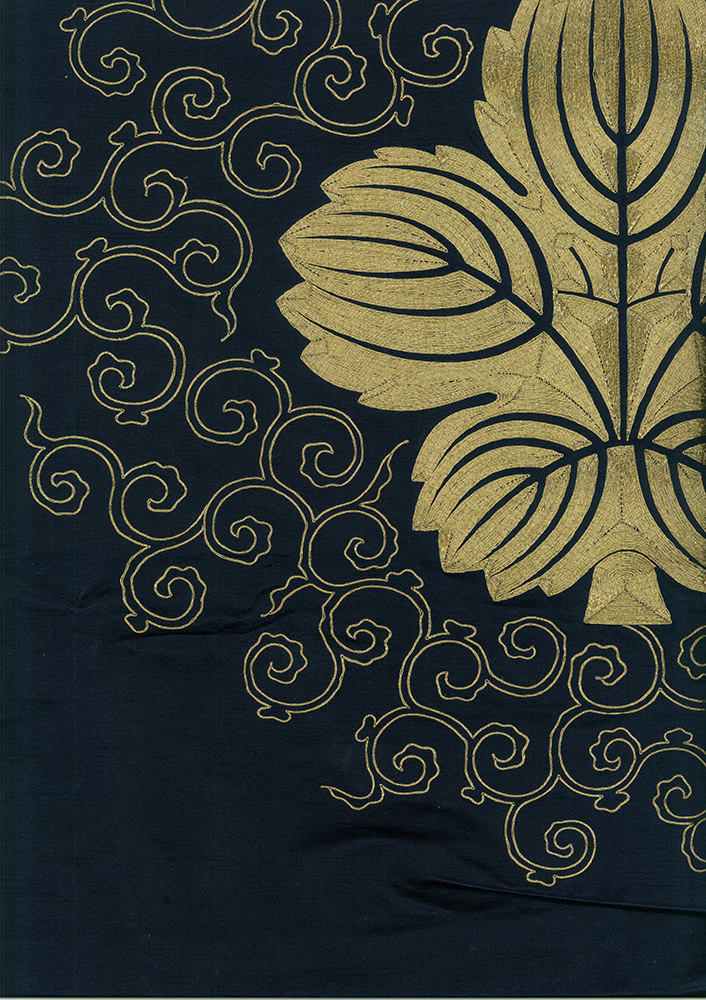 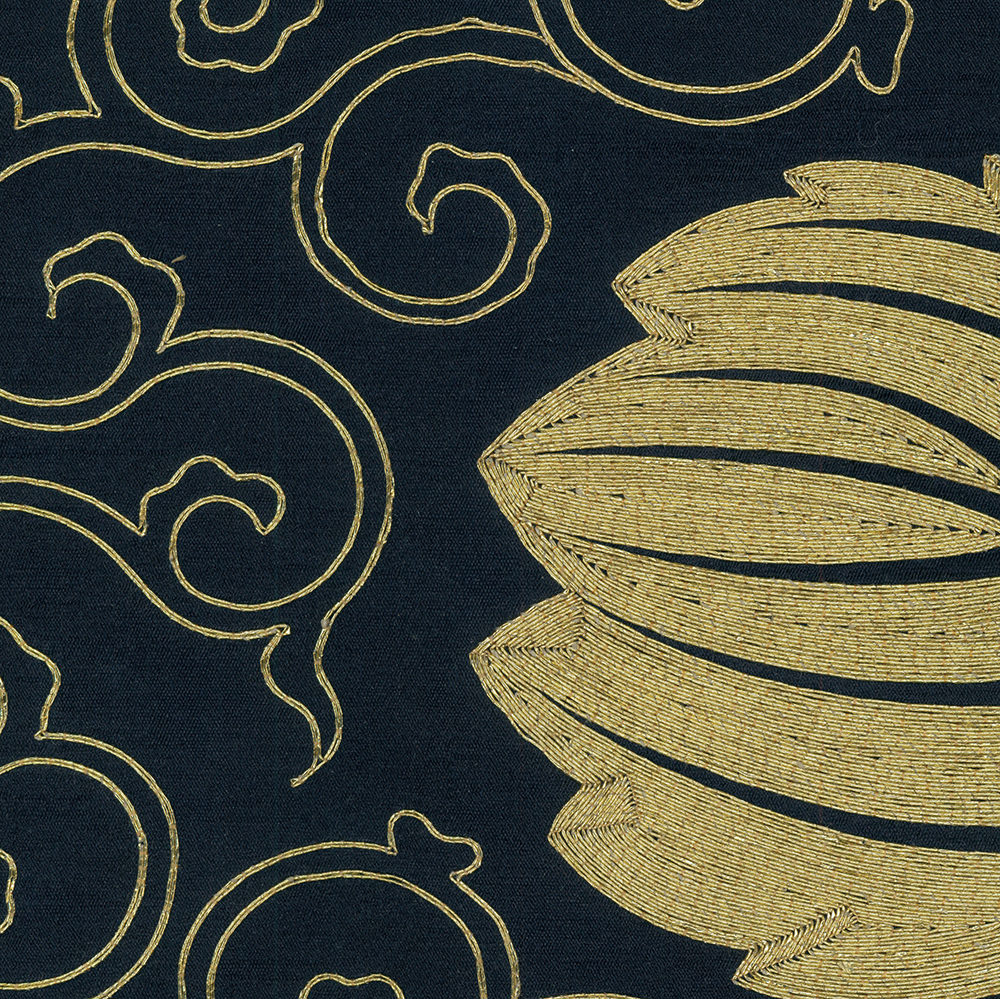 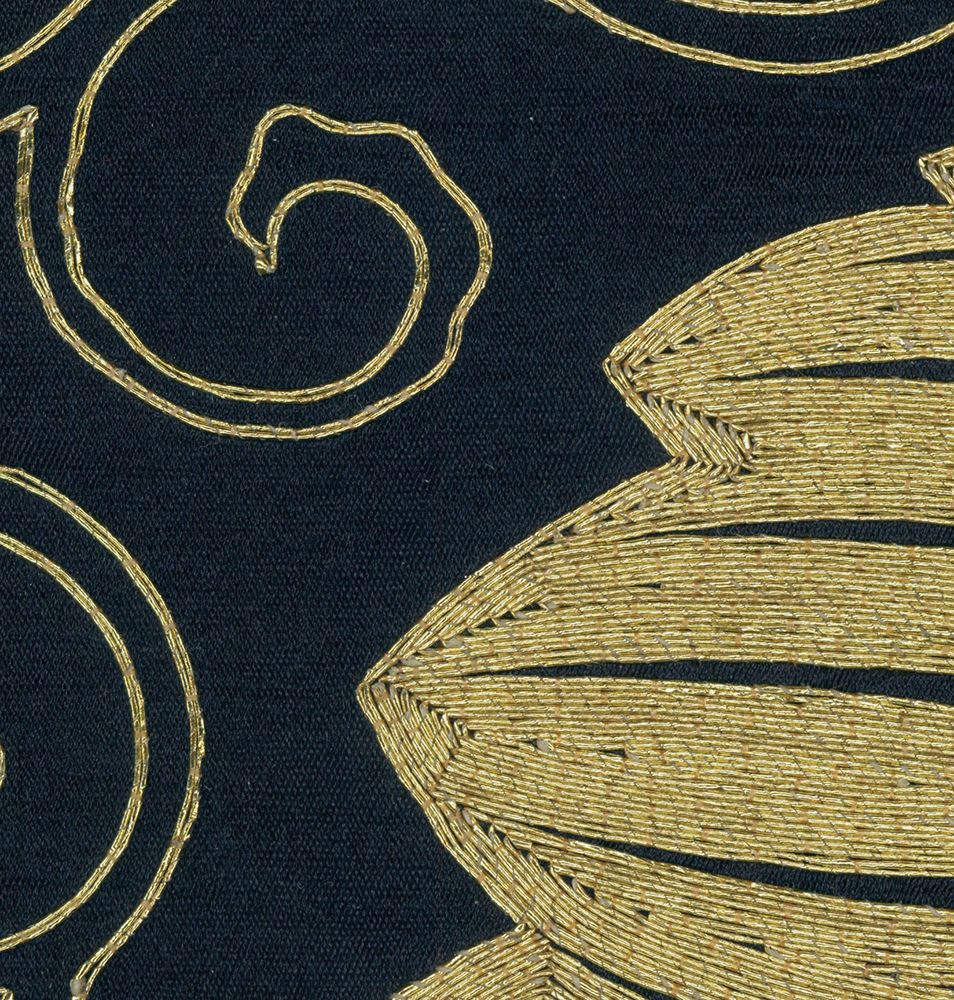 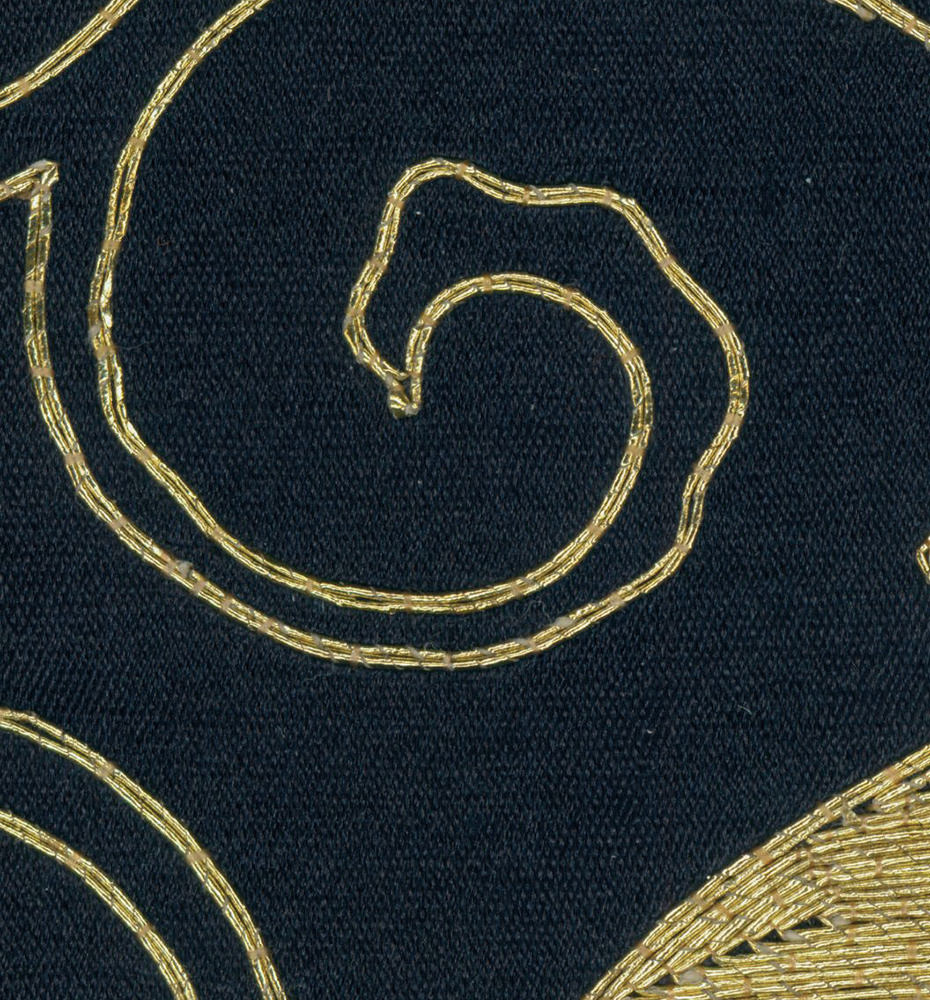 A silk fukusa featuring a large family crest made up of compacted metallic couching. Lined on the backside with rinzu silk. Very good condition. 27" x 32". The central design is a mulberry motif. In ancient Japan, the leaf of the mulberry was used to make receptacles for offerings of food at Shinto Shrines, and clothing made from mulberry bark was also placed before the gods. It was the religious associations of the mulberry which lay behind its widespread adoption as a family emblem. Several shrines, including the Sumo Shrine in Nara, used it as their official emblem, and devout parishioners followed suit.

Price:
$
2500.00
US
Available: Inquire
GalleryOrderingContactAbout UsGallery StatementNewsGlossary
Copyright © 2021 Yorke Antique Textiles
Thank you! Your submission has been received!
Oops! Something went wrong while submitting the form.