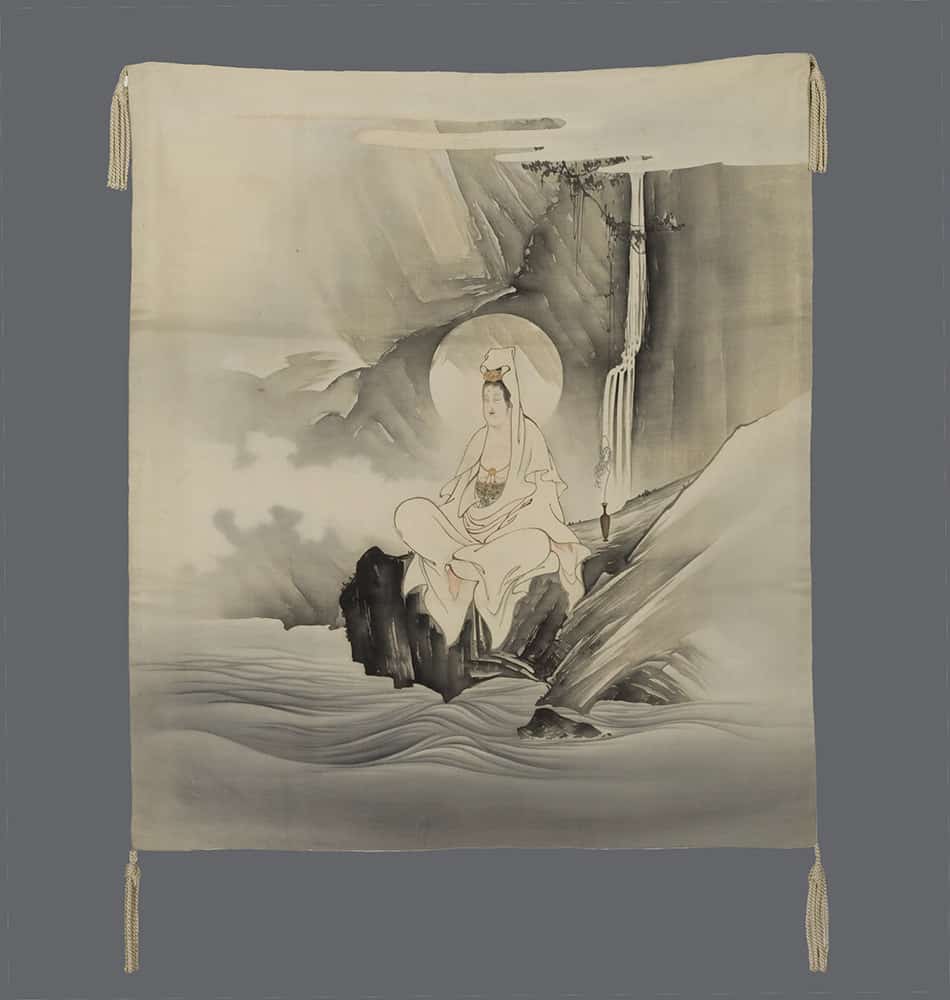 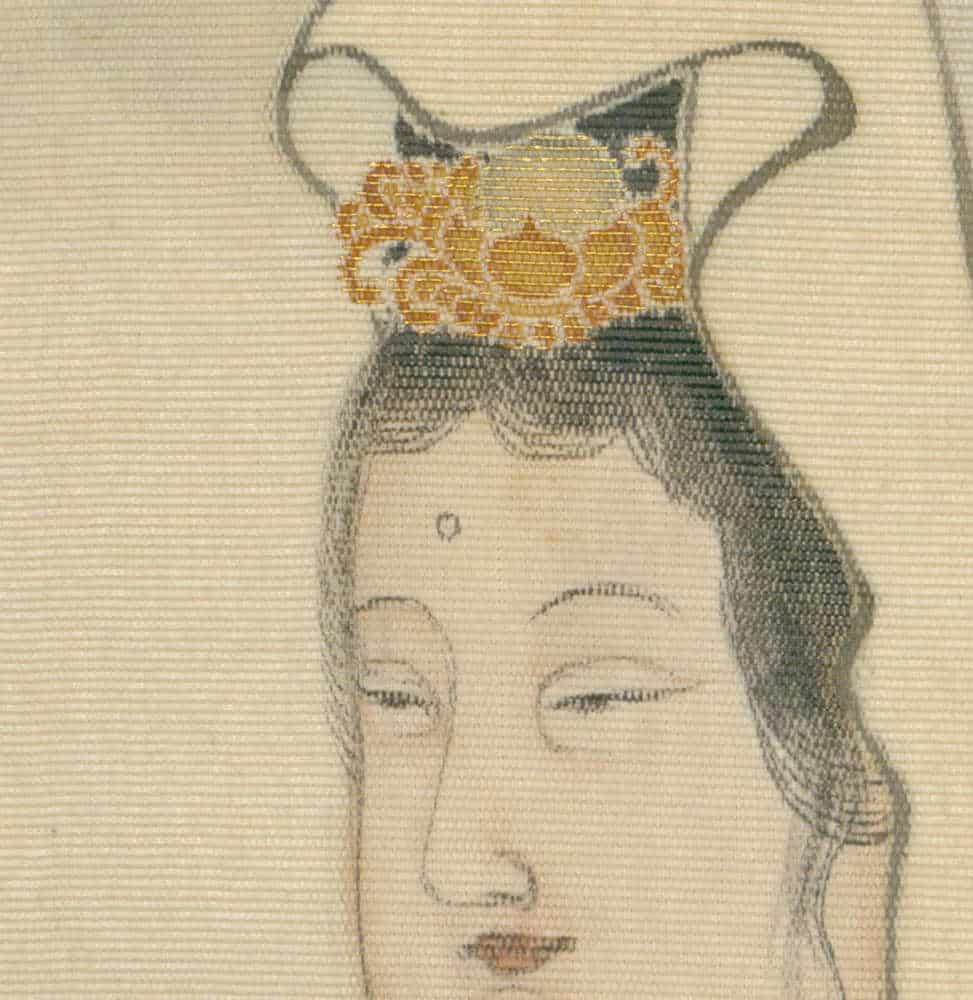 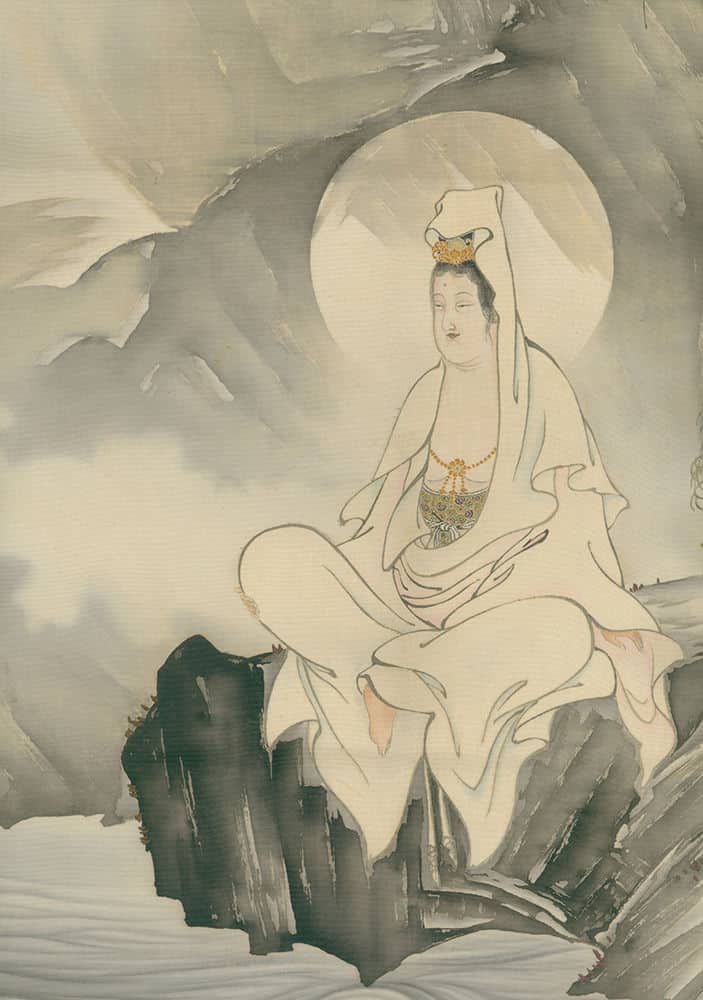 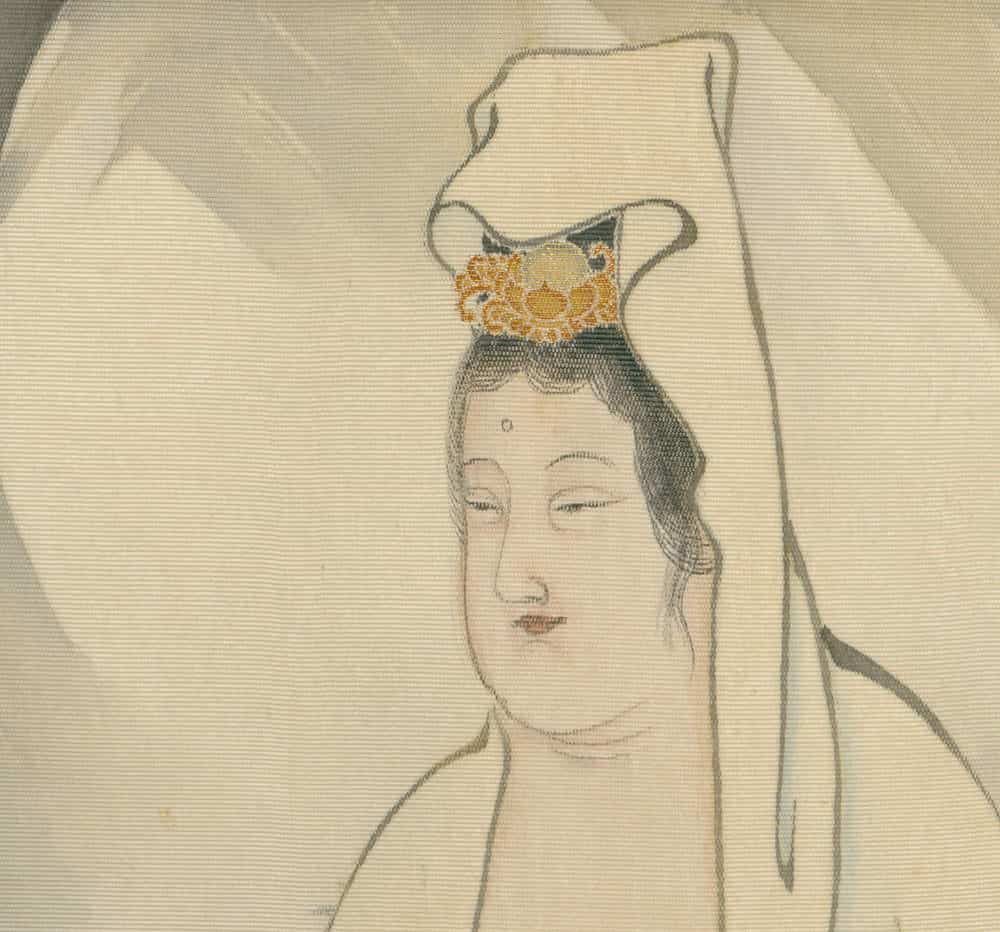 A silk fukusa featuring the rare image of Byakue Kannon, the Buddhist goddess of mercy. Yuzen-dyeing with embroidery highlights. Very good condition. 26" x 30". Kannon (Chinese: Guanyin, Sanskrit: Avalokiteshvara )worship began in India around the 1st or 2nd century AD - as a male deity - and then spread to Southeast Asia, China, Korea, and most other Asian nations. Veneration of Kannon - as a female deity - began in Japan during the late 6th century, soon after Buddhism reached there by way of Korea and China. Kannon has 33 forms: the form in this fukusa is the 'white-robed Kannon' or 'Byakue Kannon', who prevents sickness and disaster, grants fertility and safe childbirth, and assists in raising children. To complicate things further, Byakue Kannon appears in three different forms, one of which is shown on this fukusa as a white-robed figure sitting atop rock above water in the wilderness of her paradise 'Fudarakusen'. By the 12th century, depictions of White-robed Kannon were becoming popular with Chan (Japanese: Zen) monks, who brought them to Japan, where Japanese versions frequently adorned the living quarters of Zen monasteries. Kannon is one of Japan's most beloved deities, and worship remains non-denominational and widespread. S/he appears in countless forms throughout Japan to assist with all manner of earthly petitions and to protect all those trapped in the six realms of karmic rebirth, especially the human realm Images of Kannon are indeed relatively common on scrolls, but not on textiles. The scroll imagery reveals several Kannon-imagery variations,, however, one by the artist Kano Yokinobu painted in the year 1675 resembles and perhaps inspired the later artwork of this item 2737.

Price:
$
6,000.00
US
Available: Inquire
GalleryOrderingContactAbout UsGallery StatementNewsGlossary
Copyright © 2022 Yorke Antique Textiles
Thank you! Your submission has been received!
Oops! Something went wrong while submitting the form.