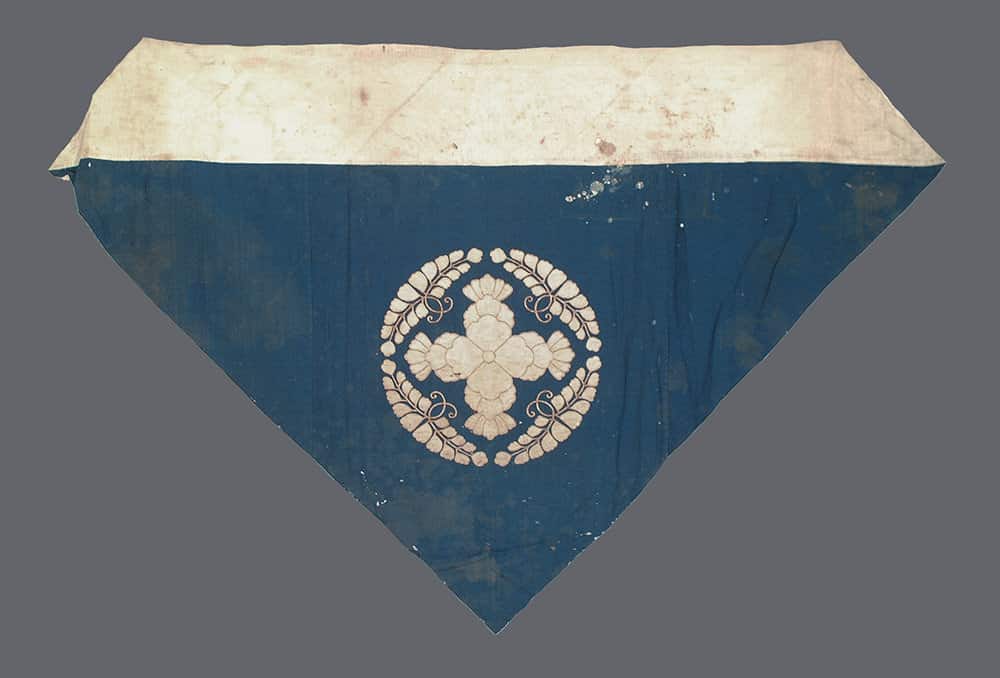 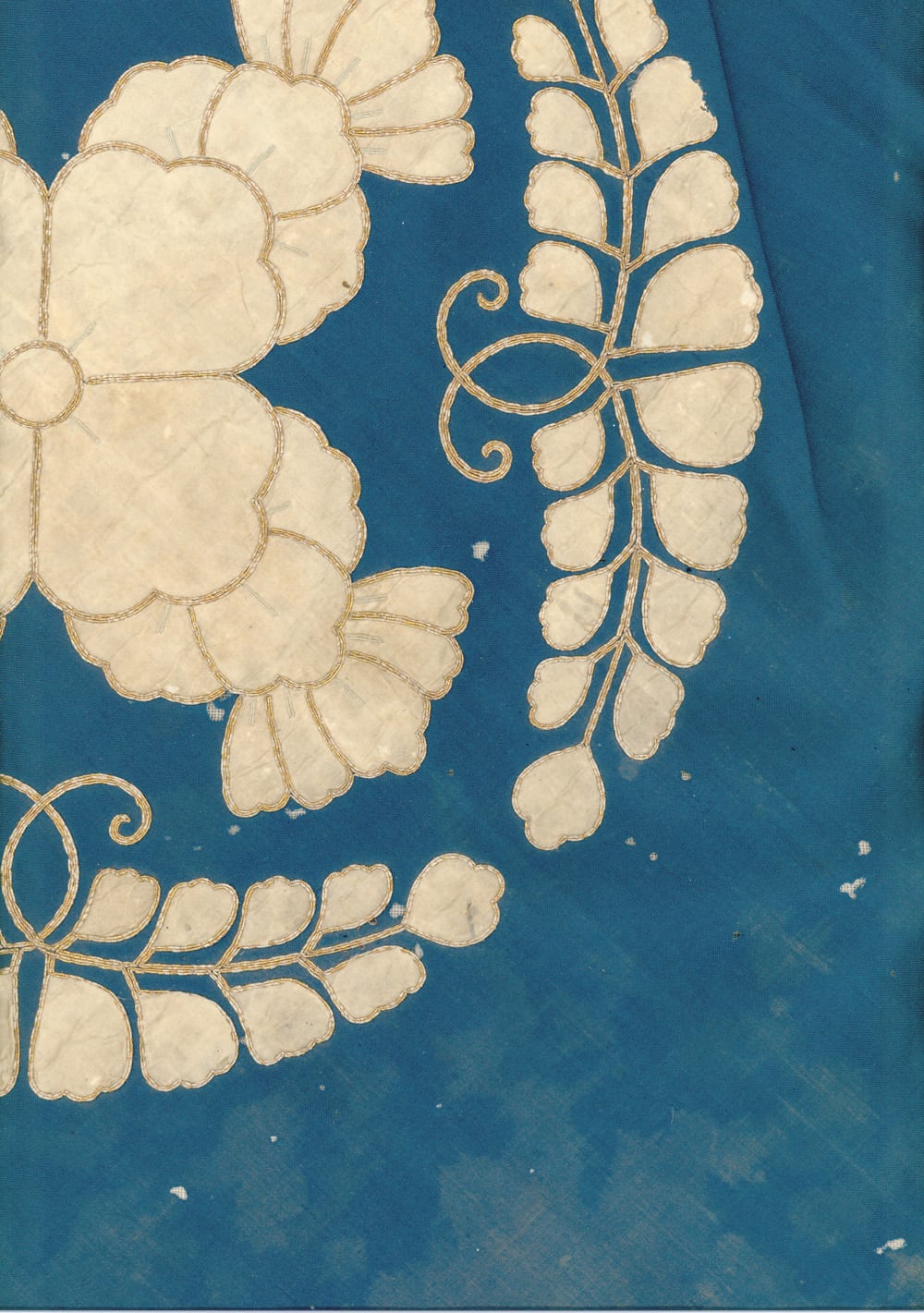 A large Buddhist uchishiki featuring a large couched wisteria family crest on a blue cotton background. It's back lining has Japanese characters that indicate that this cloth was dedicated for the alter in the year 1876. Good condition, with some small holes in the background cloth. 78" x 50". As symbols of love we see the wisteria in the 1820s Japanese kabuki drama Fuji Musume (Wisteria Maiden). The Wisteria Maiden is depicted in a painting holding a wisteria branch, until one day she becomes smitten with a young man and steps out of the painting in an effort to capture his attention. Unfortunately, her attempts are futile. Her loves goes unrequited, and she sorrowfully steps back into the two-dimensional world of her lonely painting still holding her weeping wisteria. Here the wisteria meaning and symbolism speaks of love lost, but also of the ability for the heart to endure in spite of rejection. In other words, here the weeping wisteria expresses sorrow, but it is also an incredibly durable vine, able to live (even flourish) through mistreatment and harsh conditions. The wisteria was a popular family crest in Japan.

Price:
$
350
US
Available: Inquire
GalleryOrderingContactAbout UsGallery StatementNewsGlossary
Copyright © 2021 Yorke Antique Textiles
Thank you! Your submission has been received!
Oops! Something went wrong while submitting the form.