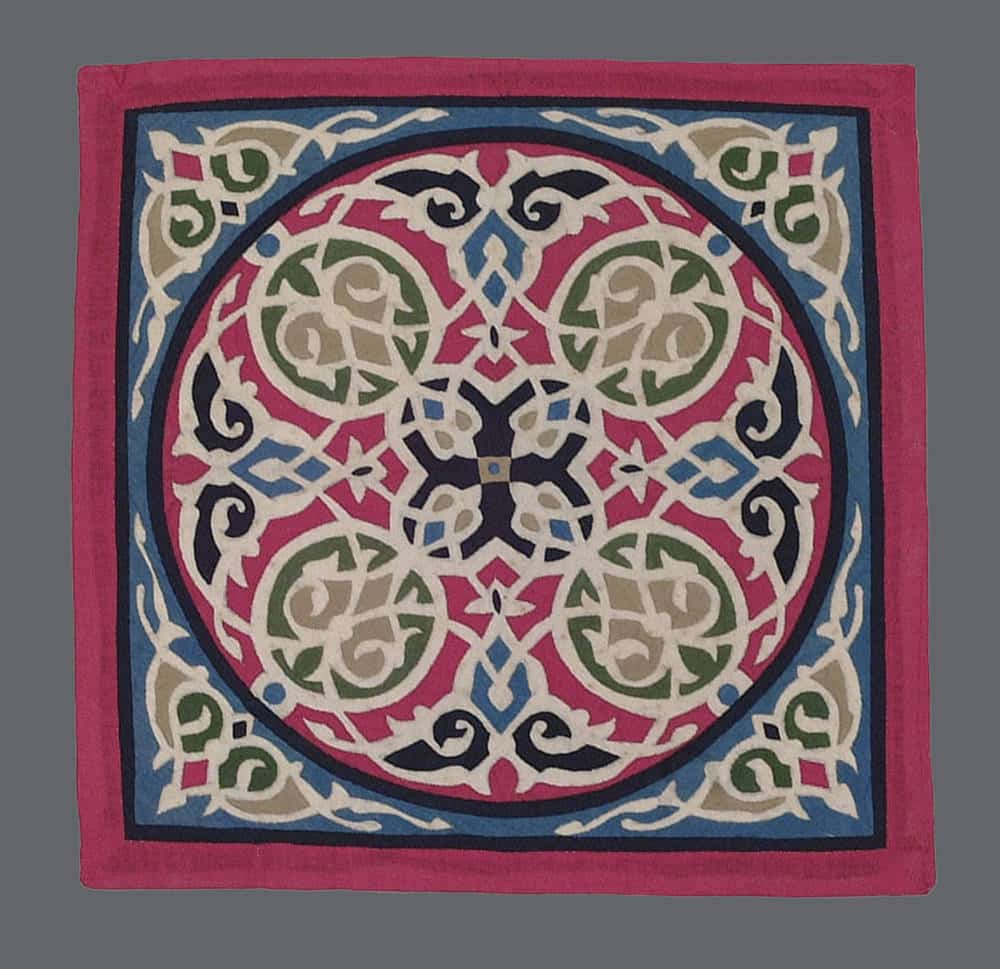 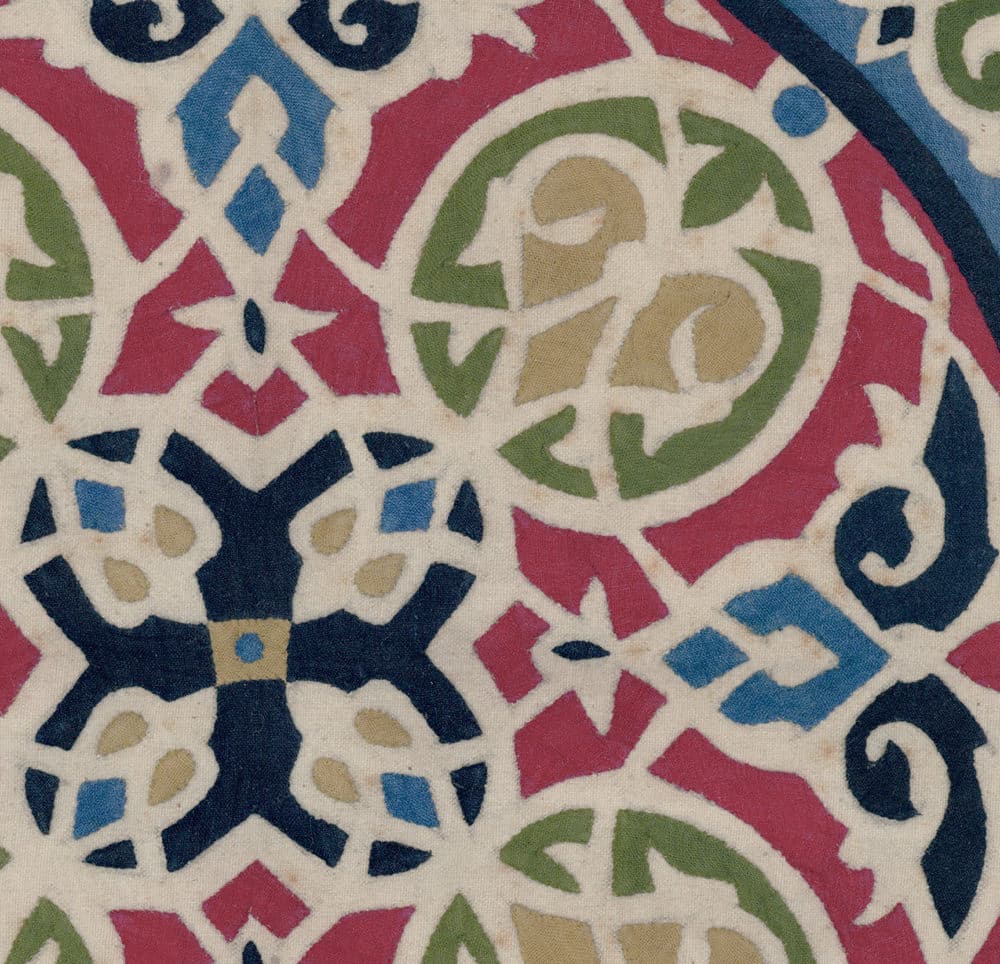 A cotton geometric-design applique square cover. Very good condition. 17" x 17". Traditionally these squares were created by the same Kheiymiya street makers in Cairo who for centuries were responsible for crafting the much larger applique cloth designs decorating nomadic Arabic tents. However, as the demand for such tent decorations decreased, the Egyptian craftsmen began to create small squares and bedcovers to sell to nationals and foreigners in the Bab Zuwaylo market in Cairo, found near a 10th century gate. The craft of applique in Egypt is a family business. The older men, the master craftsmen, combine free-hand drawing of the design onto the canvas base with tracing elements of the pattern onto paper. The template is perforated with tiny holes and secured to the base cloth. Carbon powder is brushed gently through the holes, leaving a pattern on the cloth on which young apprentices sew coloured cotton cloth to cover individual motifs. The geometric designs generally came from marble inlay patterns found in the walls and floors of Cairo's medieval mosques. Originally cut out of different colored marble, these intricate patterns also seem to lend themselves to being cut from soft pieces of coloured cloth.

Price:
$
350
US
Available: Inquire
GalleryOrderingContactAbout UsGallery StatementNewsGlossary
Copyright © 2022 Yorke Antique Textiles
Thank you! Your submission has been received!
Oops! Something went wrong while submitting the form.