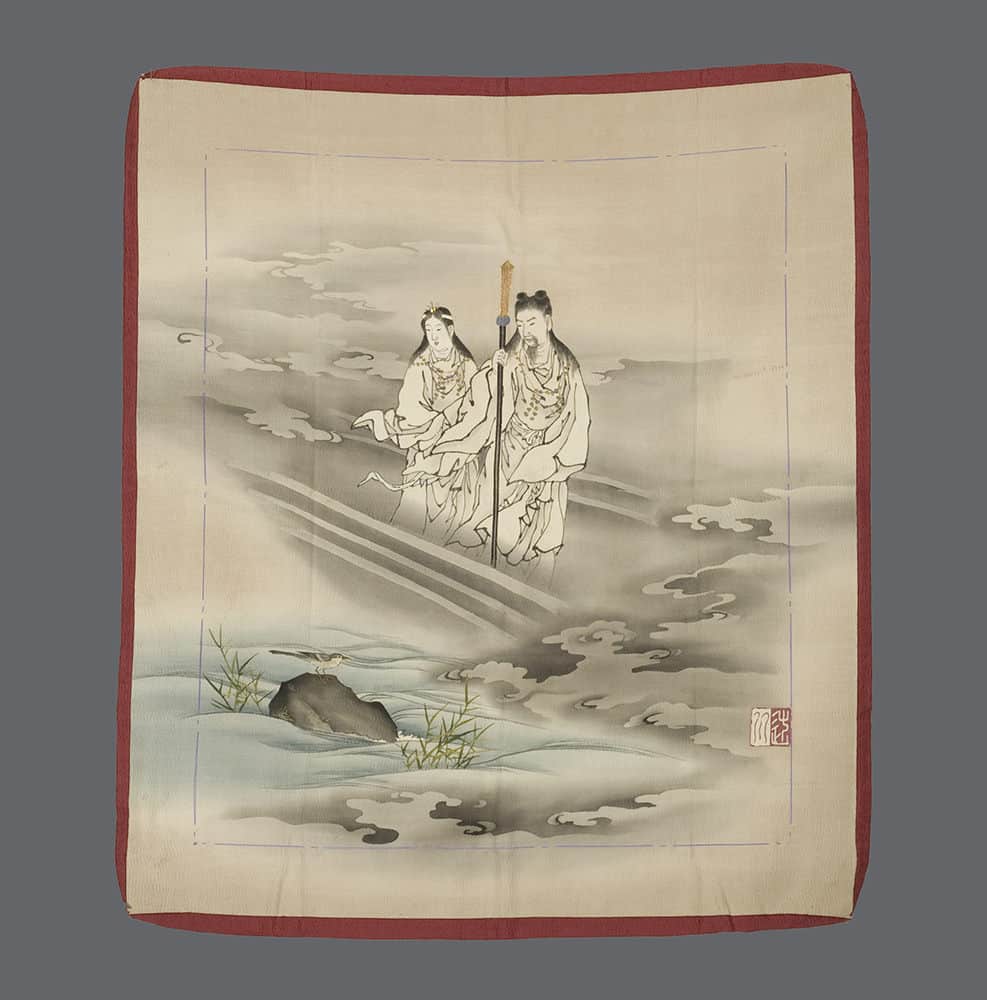 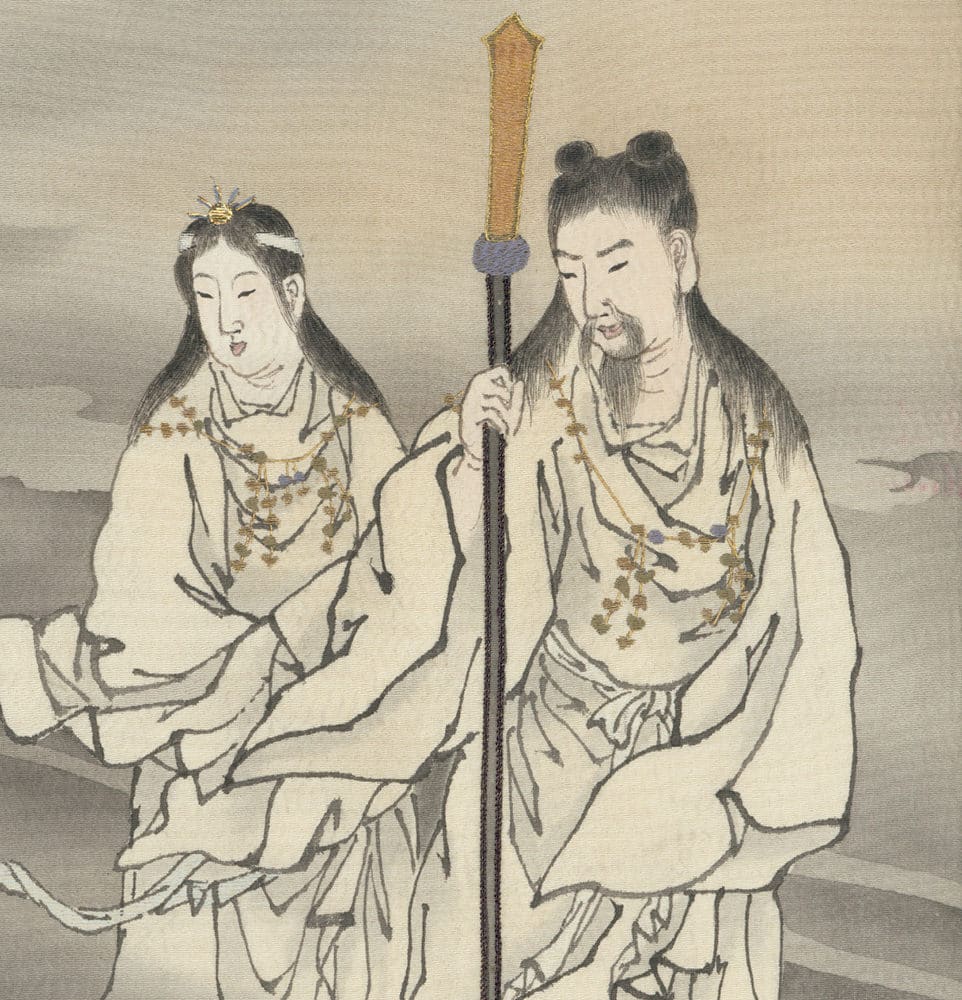 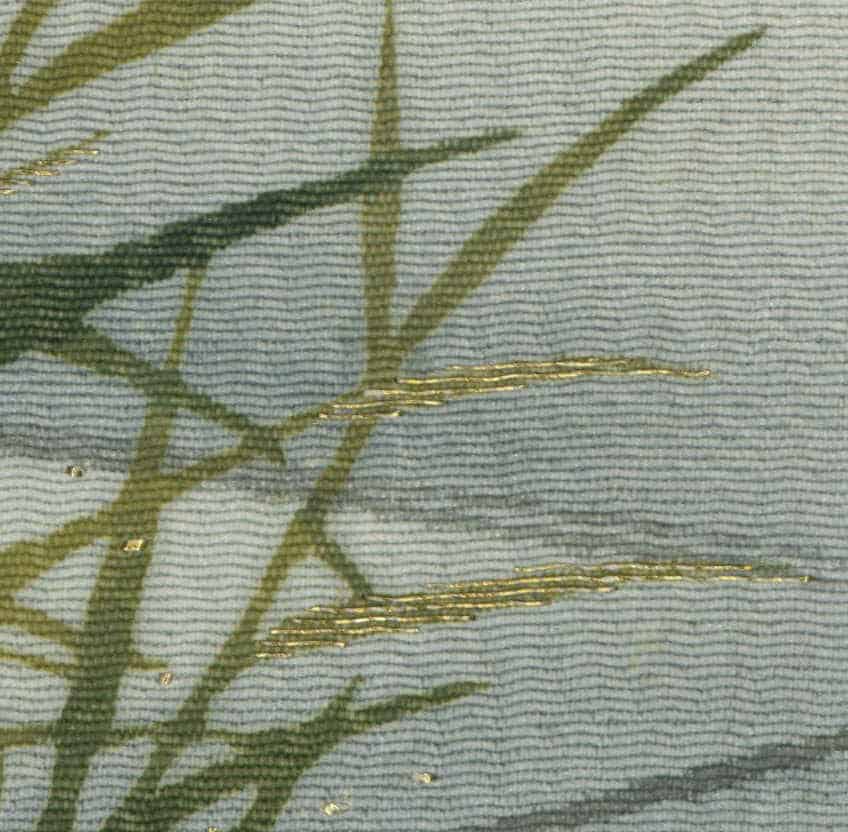 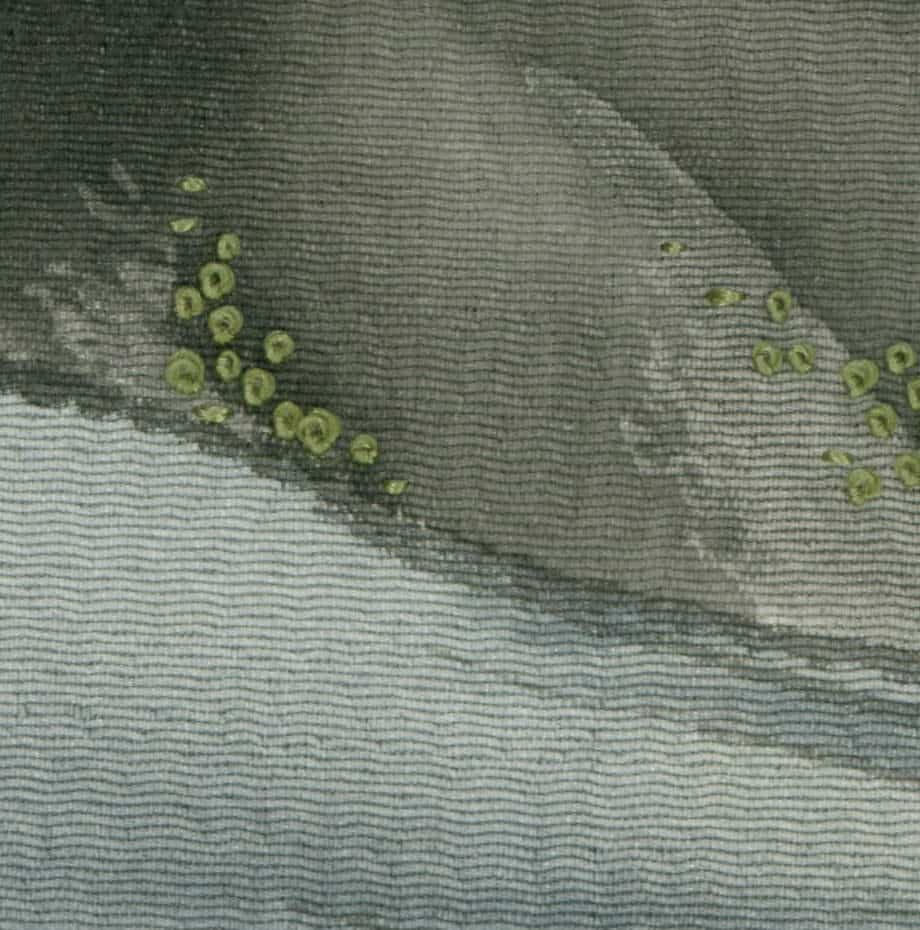 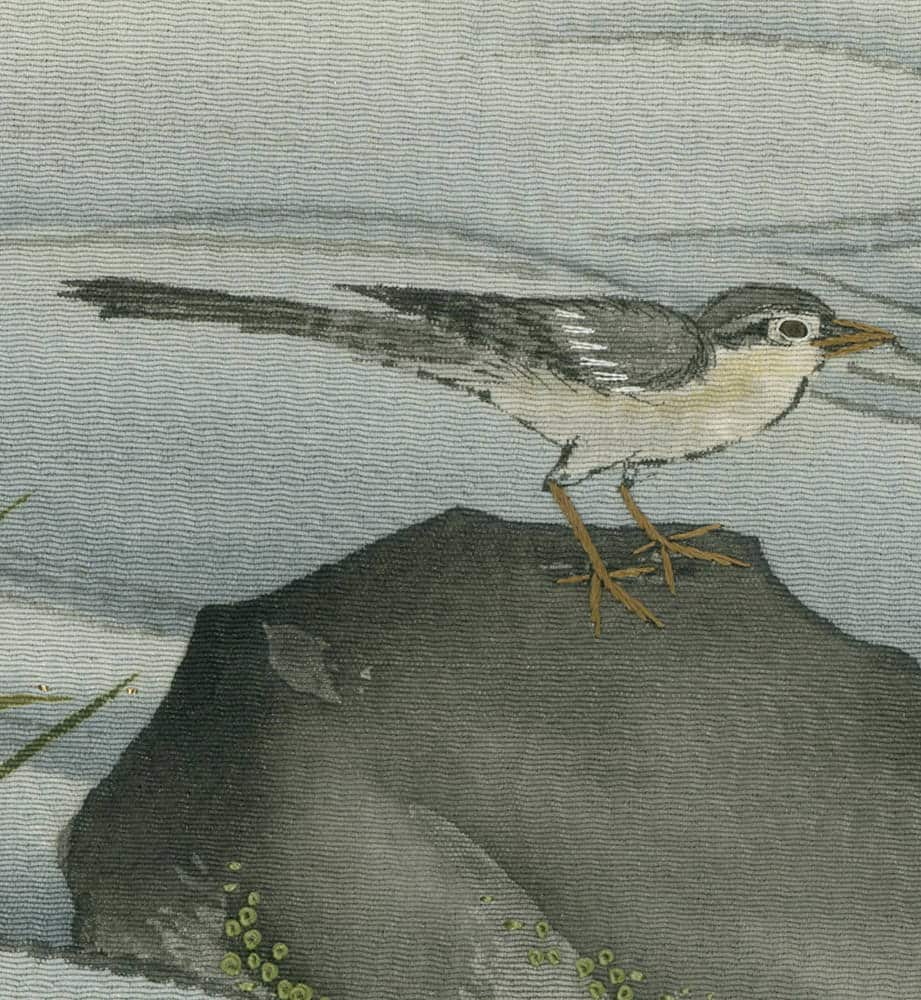 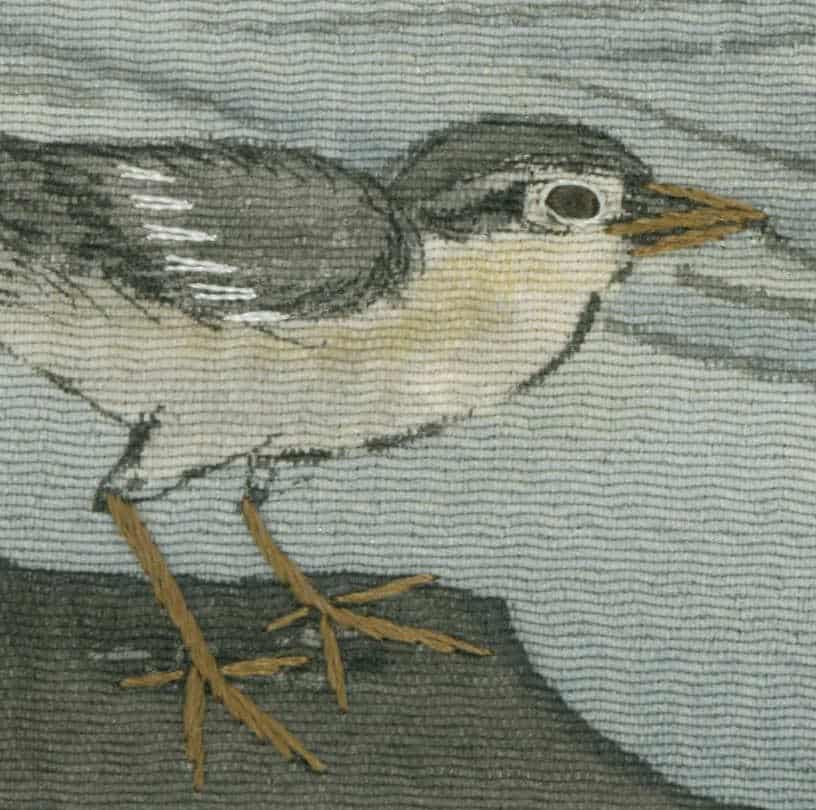 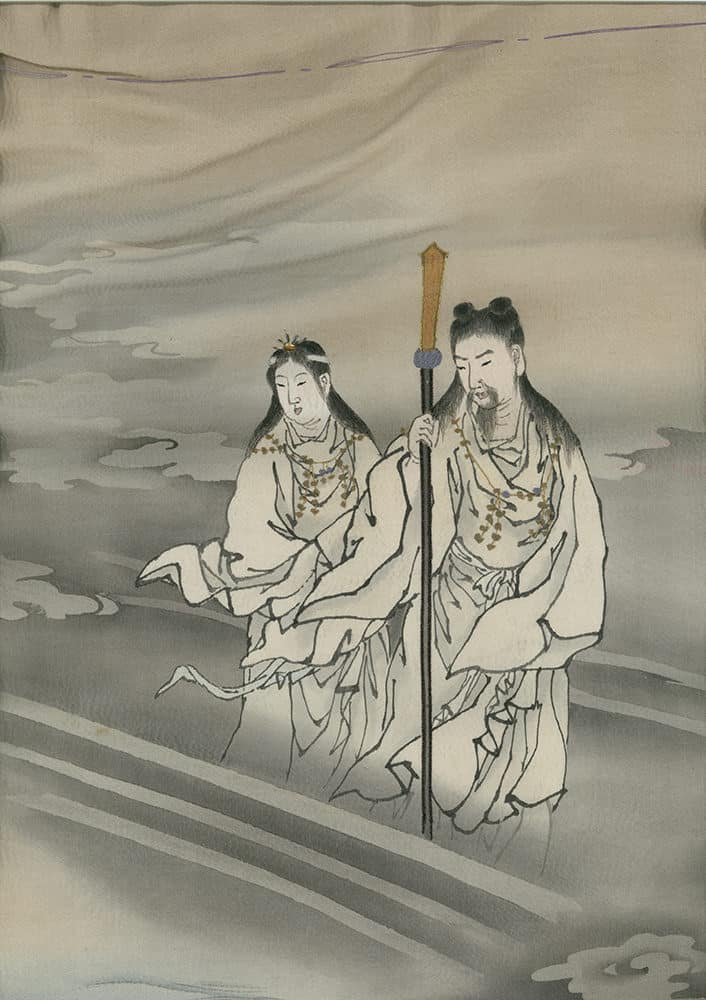 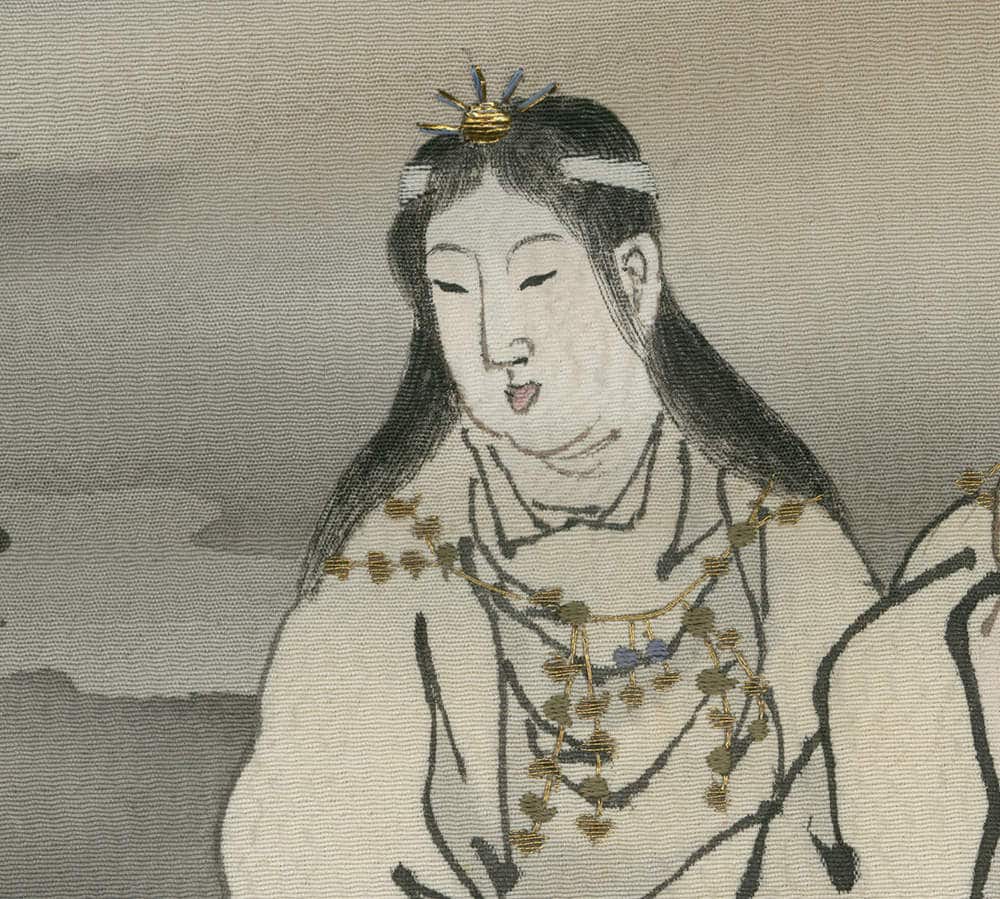 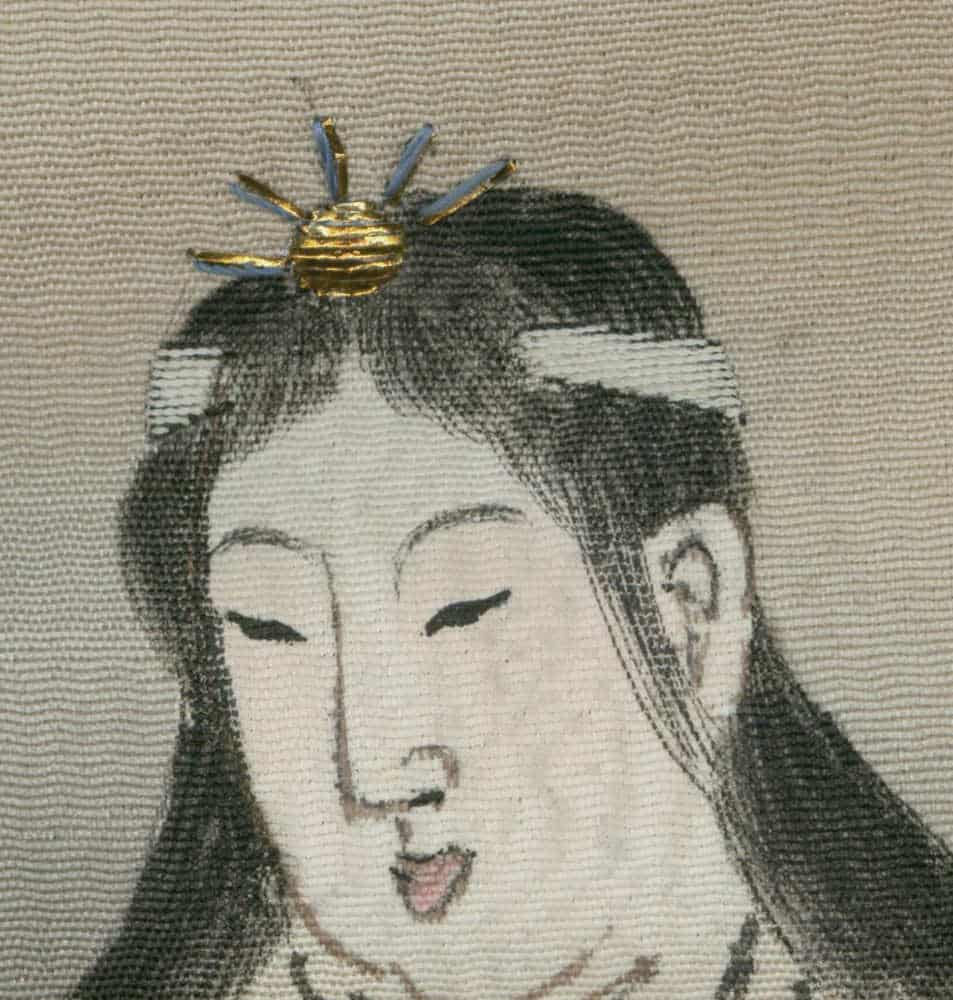 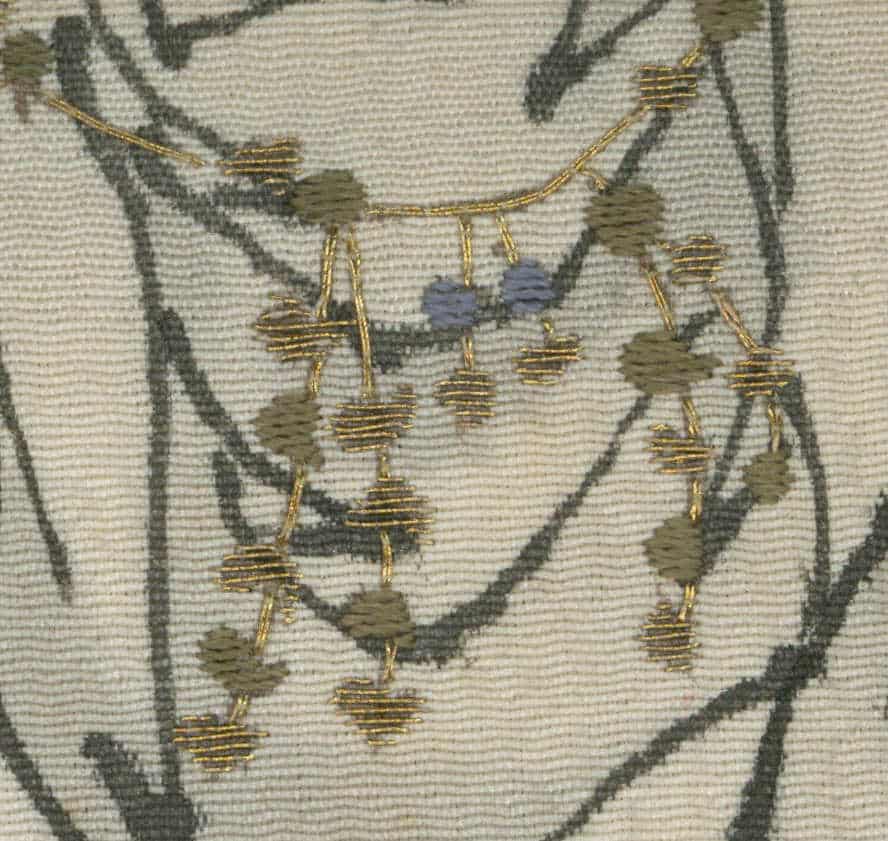 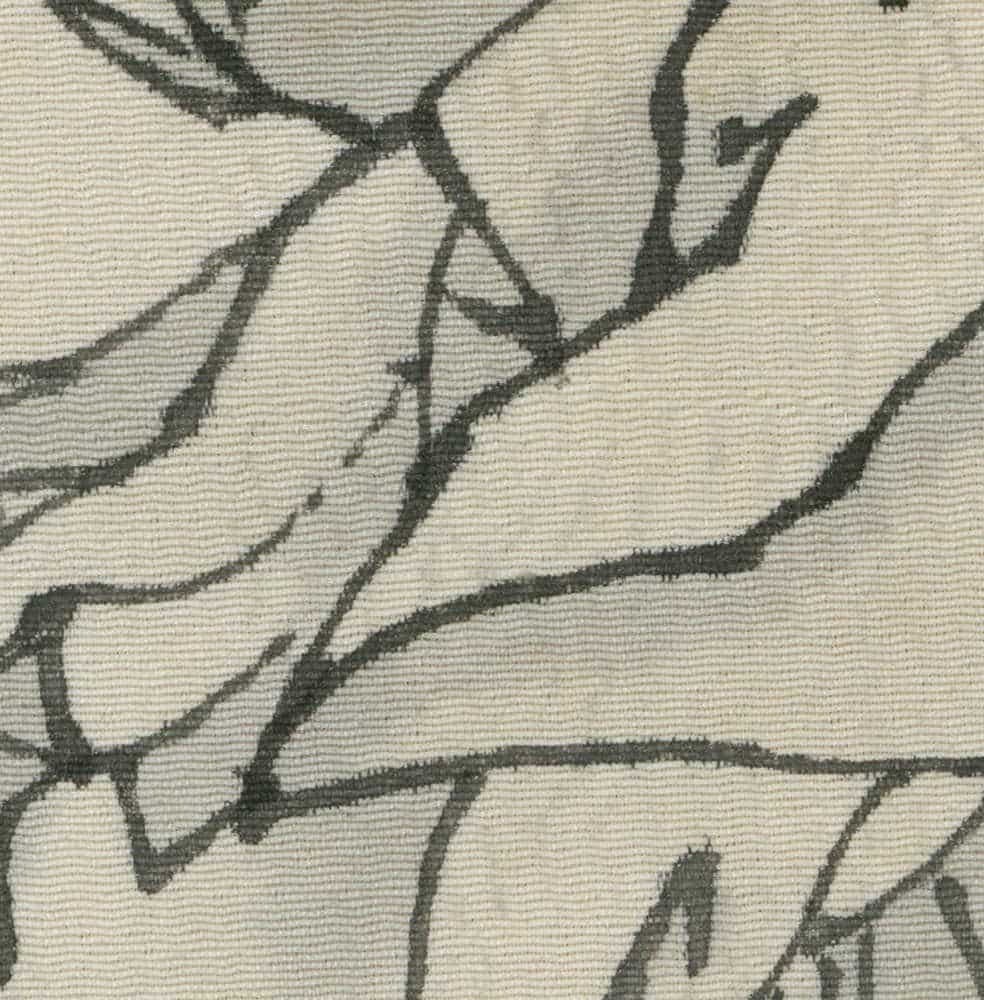 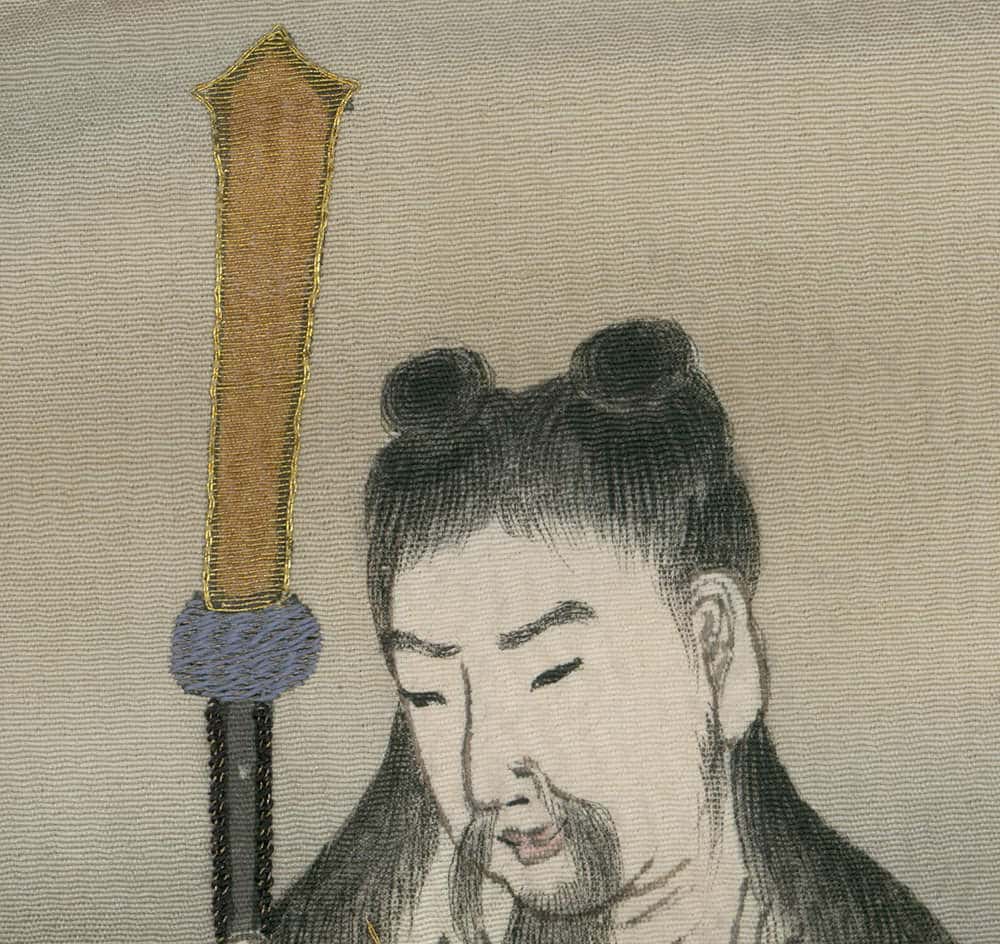 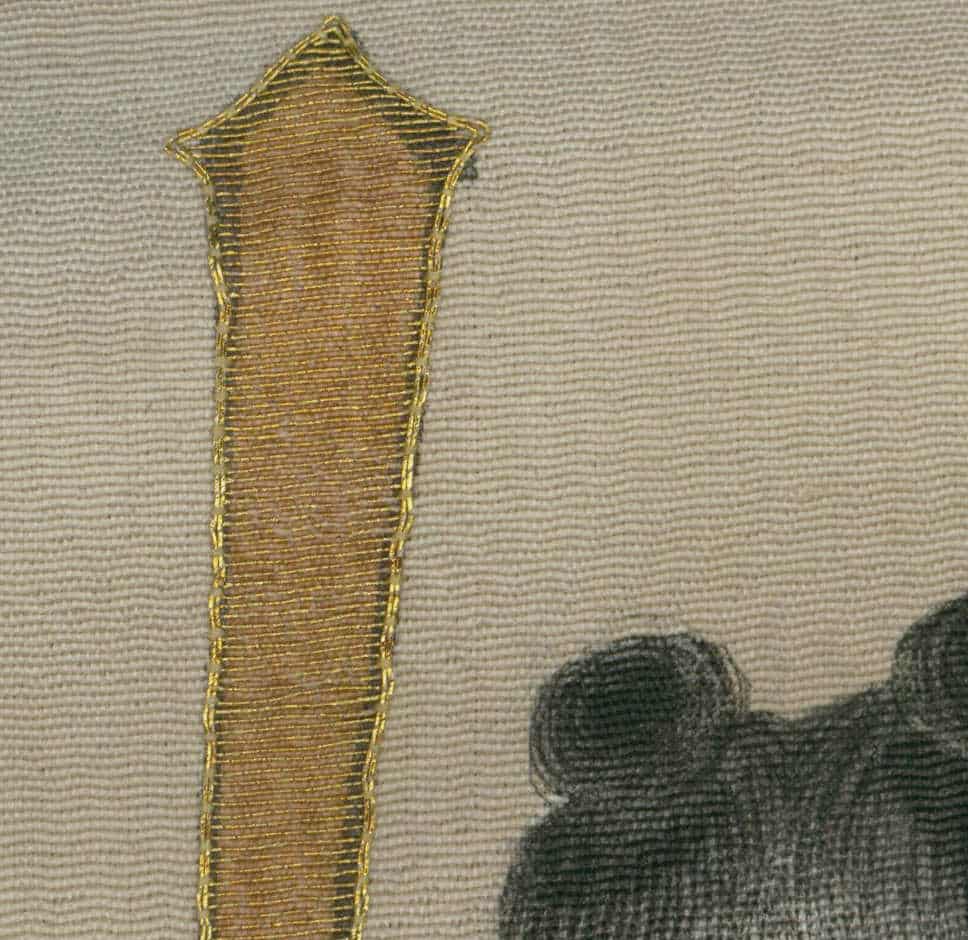 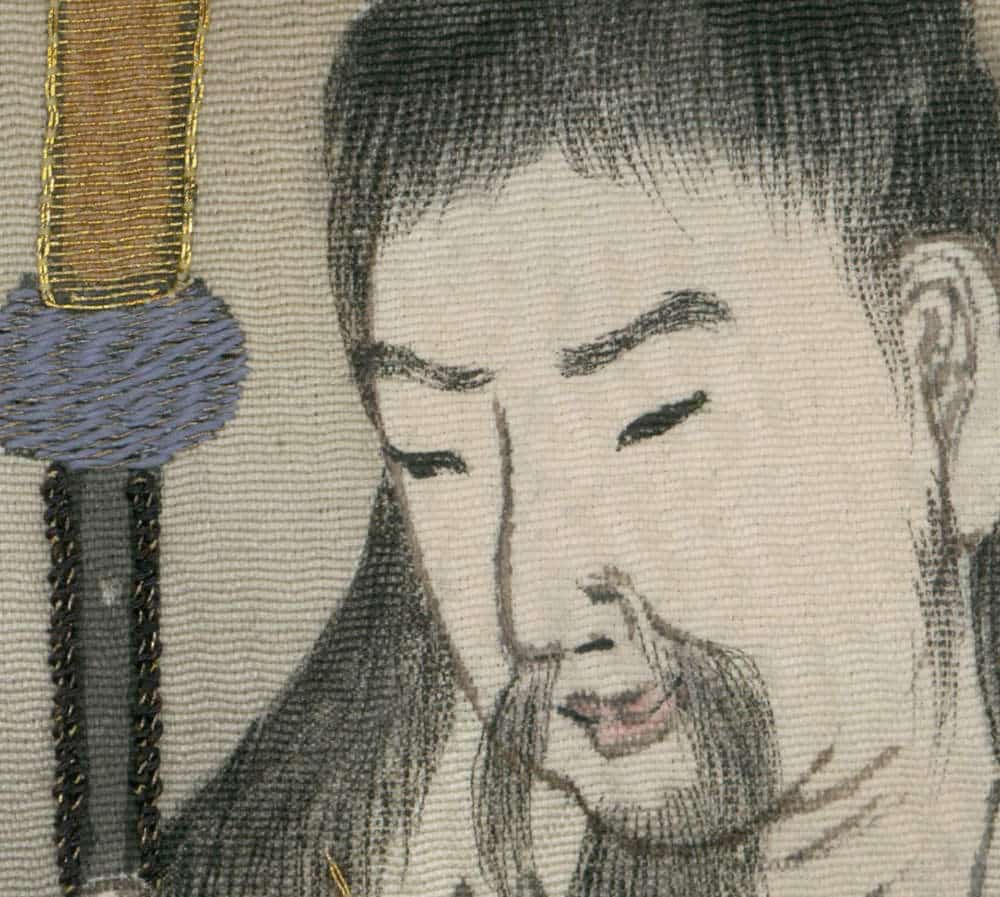 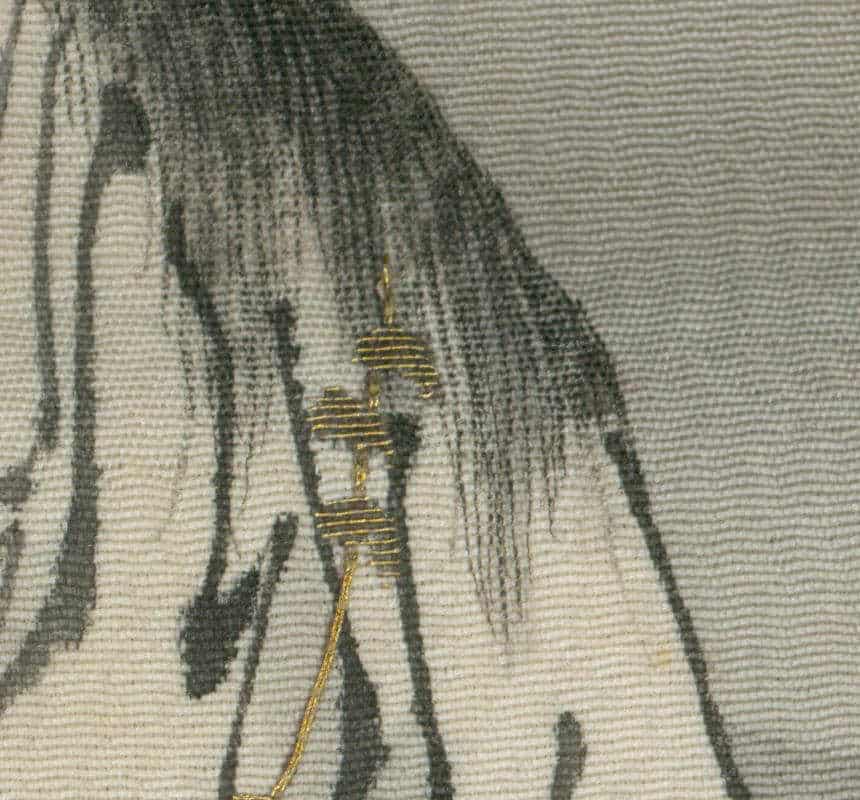 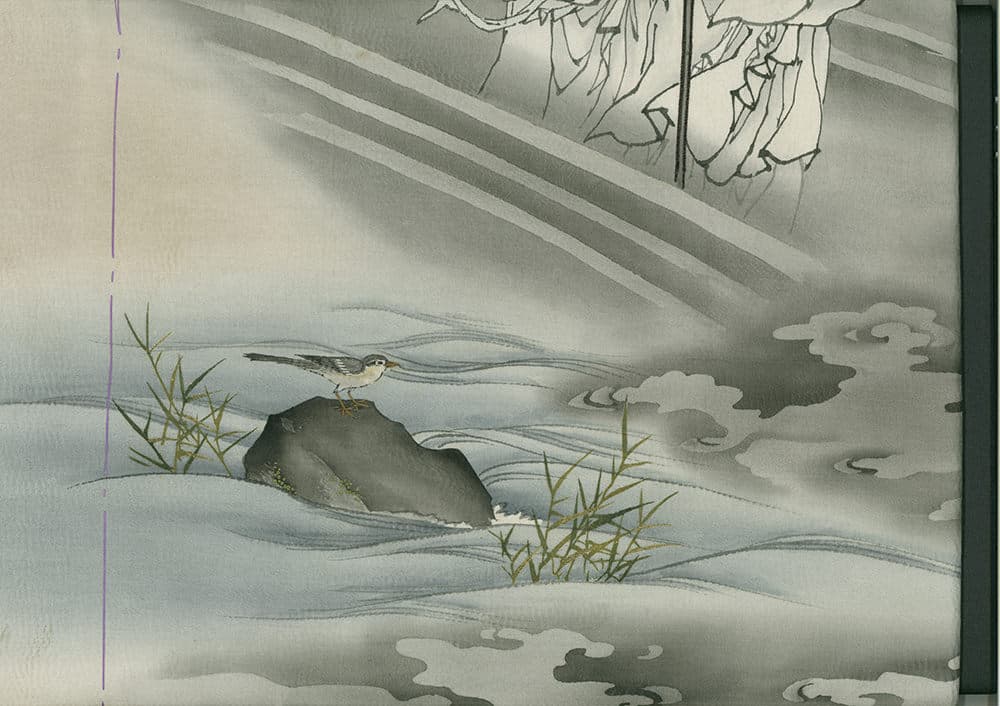 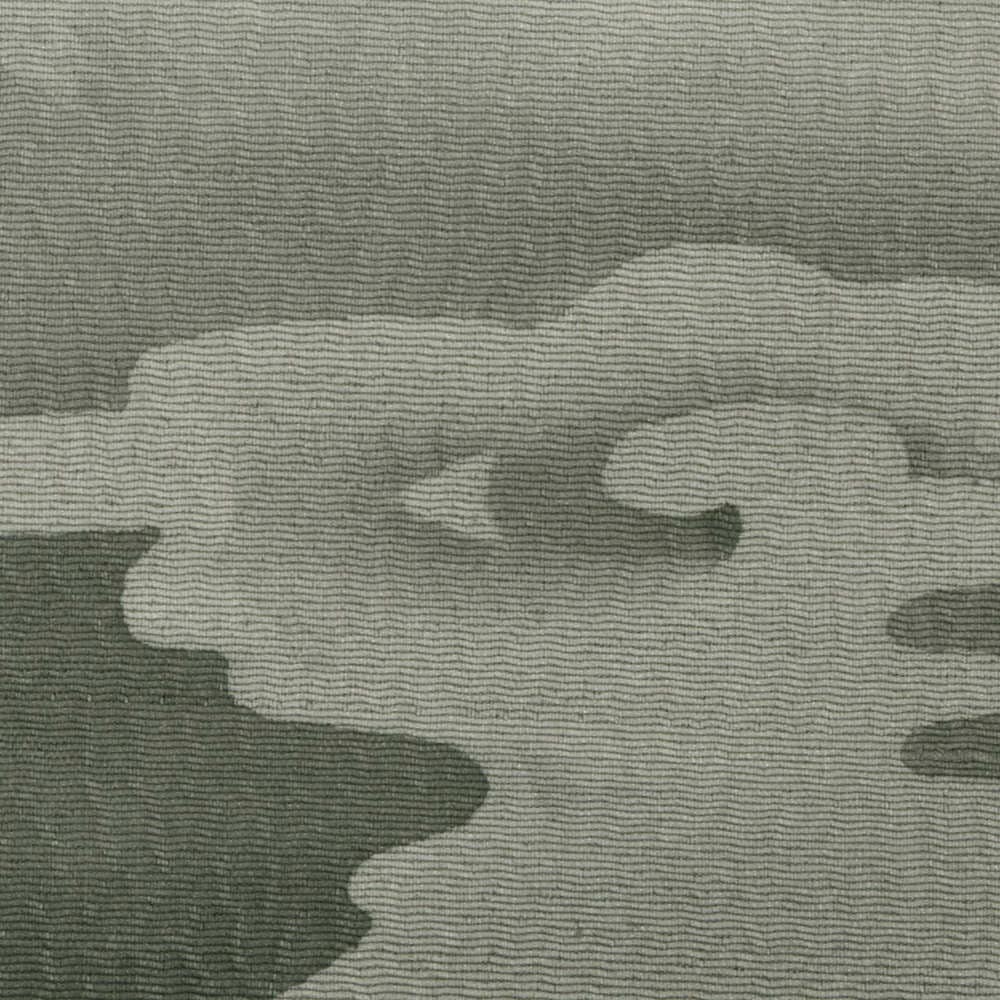 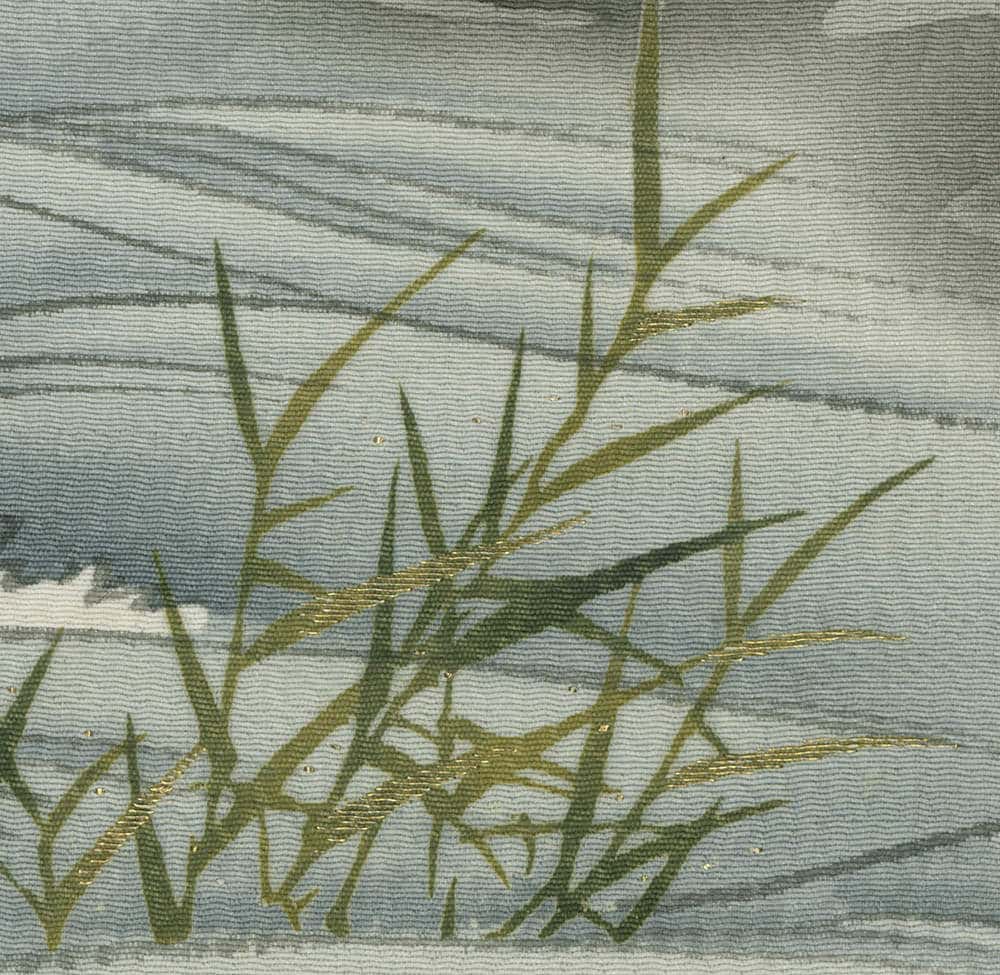 A chirimen silk fukusa featuring the two Shinto deities Izanagi and Izanami, all realized by painting and very fine embroidery highlights. Very good condition. 25" x 28". Shinto was a religion that originated in Japan over 2500 years ago. In Japanese Shinto-mythology, Izanagi ("the male who invites") and his wife and sister Izanami ("the female who invites") were given the task of creating the world by the older generations of deities. To help them do this, Izanagi and Izanami were given a spear decorated with jewels, named Ame-no-nuboko (heavenly spear), depicted on this fukusa as being held by Izanagi like a staff. The imagery on this fukusa - with the two deities and the auspicious bird - is very rare: in the relevant literature we have seen it only once previously ( also on a 19th century fukusa). Introducing a bird into the imagery alongside the two Japanese creator deities may involve the Shinto belief that birds are the messengers of the gods. Birds are also honored as messengers from dead ancestors, friends and other worldly beings trying to get in touch with them.

Price:
$
5,000.00
US
Available: Inquire
GalleryOrderingContactAbout UsGallery StatementNewsGlossary
Copyright © 2022 Yorke Antique Textiles
Thank you! Your submission has been received!
Oops! Something went wrong while submitting the form.