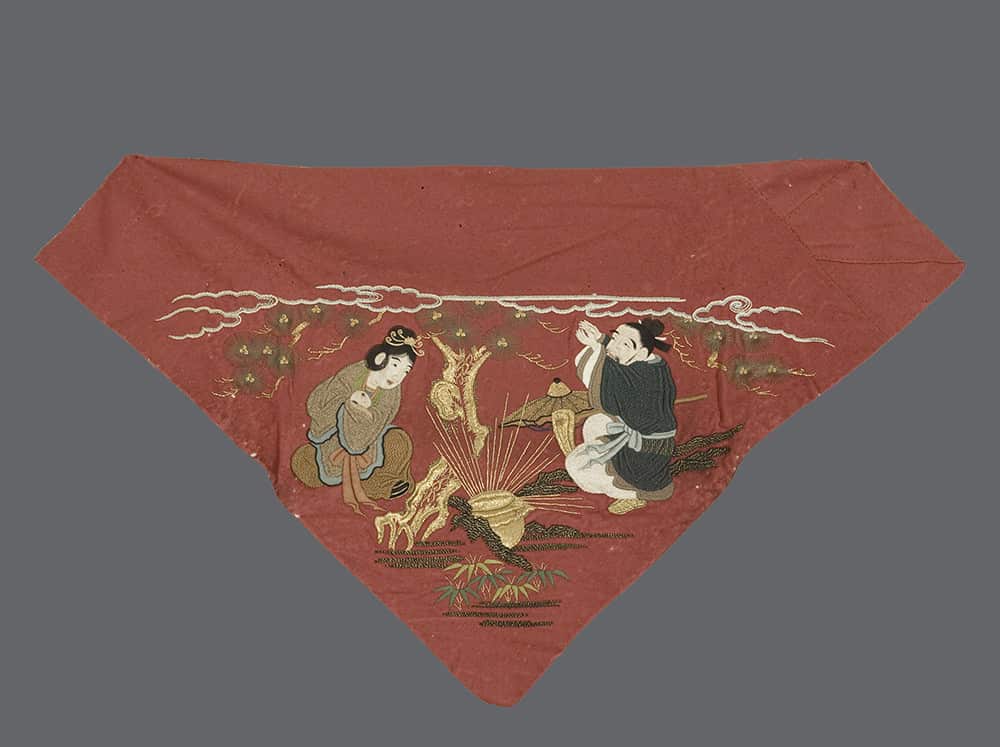 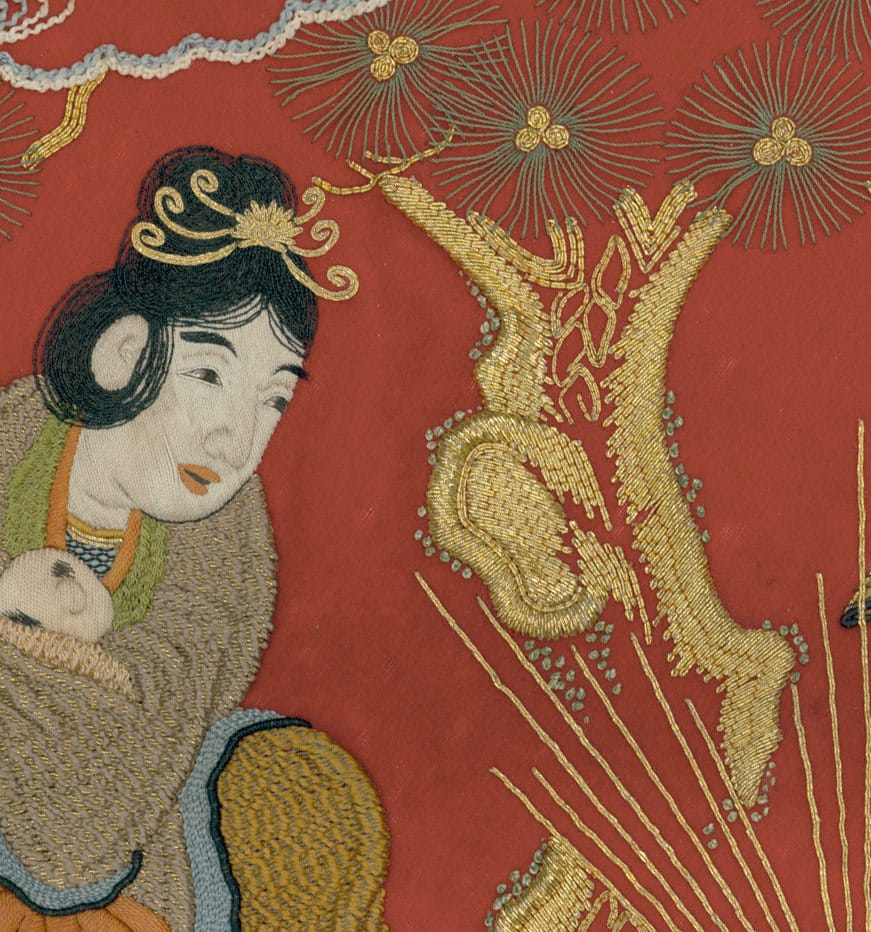 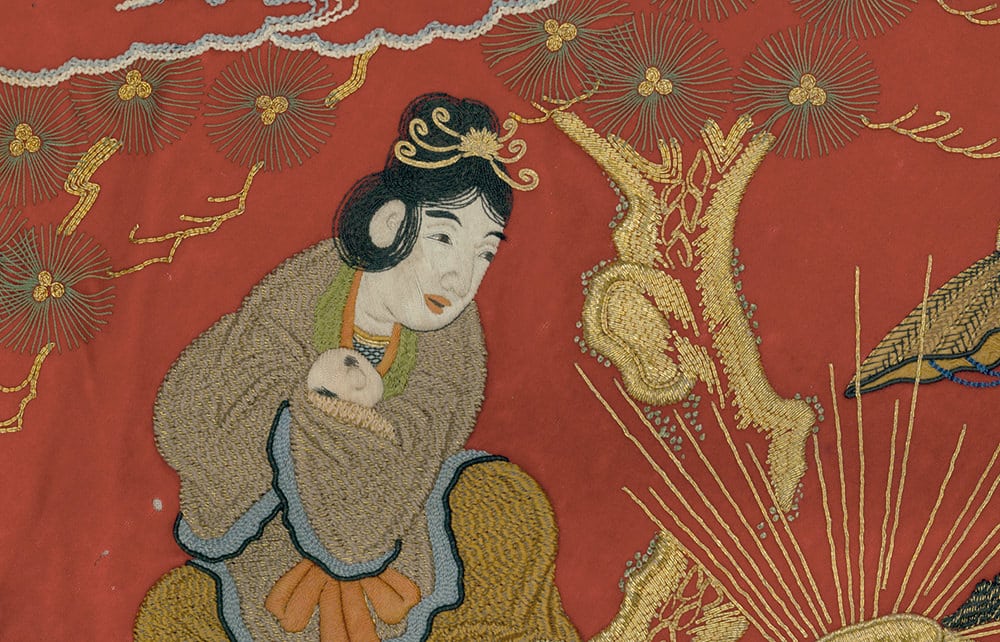 An uchishiki featuring  metallic, cord, and silk embroidery on red bast-fiber background. The imagery on this altar cloth may refer to a revered Buddhist story: A little before the Buddha reached enlightenment under the bodhi tree, a woman by the name of Sujata offered him a bowl of milk rice. The Buddha, at that point of time, was practising austerity and therefore eating very less. However, He realised that without food, he will not have the energy to continue on his path to enlightenment. Therefore, he took some milk rice. As soon as the Buddha attained enlightenment, he discarded the rest of the food that was left. The begging bowl, as a symbol, is therefore indicative of an immensely important Buddhist principle: to find a balance between extreme austerity and complete attachment. The begging bowl also stands for the monk's way of life which requires him to roam around and live off what is being given to him by the common people. Good condition, with about a half-dozen tiny holes in the red background, and the cotton lining is grubby and has tiny holes. 35" x 25"

Price:
$
2,000.00
US
Available: Inquire
GalleryOrderingContactAbout UsGallery StatementNewsGlossary
Copyright © 2022 Yorke Antique Textiles
Thank you! Your submission has been received!
Oops! Something went wrong while submitting the form.